The reason of the terrorist act in Iran - internal contradictions in the society - Expert - EXCLUSIVE | Eurasia Diary - ednews.net

The Su-57 fighter jet is not even ready to fly - Russian specialists say
Read: 1026

There's a 'Great Divide' in our Solar System - We might finally know how It formed
Read: 590 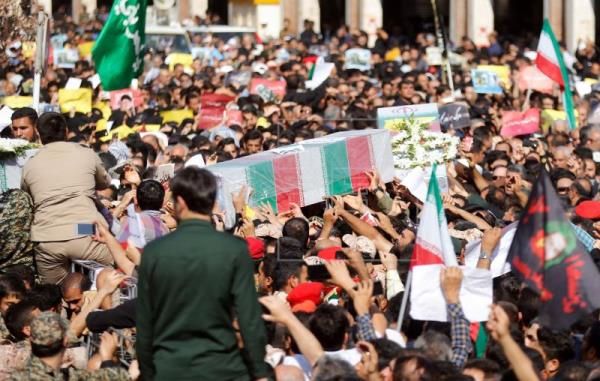 "The event happened in Iran on the 22nd of September is a big tragedy. Unfortunately, it is still not clear who benefited from these victims of the terrorist act. The president of Iran has all reasons to suppose America and Israel as the main culprits of this disaster, but internal contradictions in Iranian society, within the elite, are also likely causes of the terrorist act. The forces that could enhance the instability in the country could resort to such radical methods. In any case, I must state that this will have serious consequences for the Islamic Republic."

This was told Eurasia Diary by the Russian political scientist and president of the Center for Social and Political Studies "ASPECT" Georgiy Fyodorov, commenting on the terrorist attack in Iran that took place on September 22 and claimed 25 lives and left 60 people injured.

Expert touched upon the question of the possible worsening of American- Chinese ties given the fact that they have already had strained relations linked to Nuclear Program 2015.

"Undoubtedly, the tragedy and accusations will be followed by a new round of tension between Iran and the United States. Relations between the countries, really spoiled by Donald Trump's refusal to follow the agreements within the framework of the so-called "nuclear deal", could not be called constructive," the political scientist believes.

Georgiy Fedorov presumes that the U.S and Israeli authorities will take advantage of this tragedy to enhance the tensions of pressure on the Republic and further isolation of Iran in international arena.

Concerning the consequences of the terrorist attack, the expert said that the tragedy of September 22nd will reverberate on the all spheres of life of the Iranian society: toughening of control over the media, persecution of the opposition, strengthening of internal discords and mutual accusations of elites. Iran's external policy, he said, after Rouhani's accusations can become even more brutal and uncompromising.