As Churchill saw, Britain’s glory is not found in isolation | Eurasia Diary - ednews.net

As Churchill saw, Britain’s glory is not found in isolation 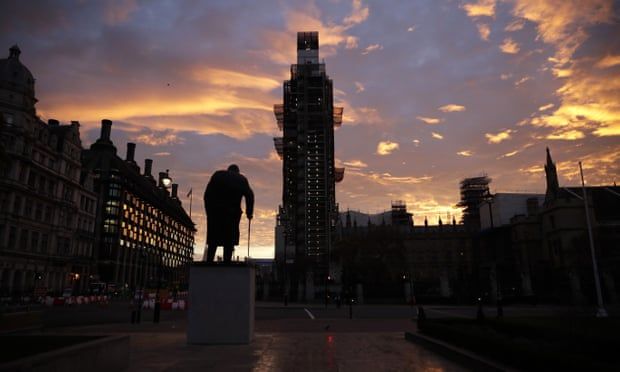 The European Union was once just an audacious dream. A fragile hope built out of the ashes of two world wars. European integration was not just a project led by the French and the Germans; from its birth, the UK had been an active parent. It was built on the values we sacrificed so much to protect: democracy, equality, human rights and freedom.

Many of the Britain’s leaders in the 20th century – Clement Atlee, Harold Macmillan, Roy Jenkins, Harold Wilson – understood this first hand. And it was Winston Churchill who, in Zurich in 1946, first showed the courage and vision to articulate the case for integration. It is debated whether or not he saw Britain within this “kind of United States of Europe”, but months later, in May 1947, speaking in the Albert Hall, he argued: “Britain will have to play her full part as a member of the European family.”

From its quixotic beginnings, European integration relied on the confidence of nations to be able to work together, pool sovereignty and take joint control. Britain at its best has always recognised that sovereignty is not an asset to be hoarded, but a resource that only has value when it is spent. It is why we have become the keenest treaty-signing power in the world, and why we have played an outsized role in the G7, G20 and global climate change negotiations.

In the first European treaties of 1951 and 1957, we lacked this self-assurance, and showed Britain at its worst. Addicted to the drug of nostalgia, we clung to the hope of empire and a “one-world economic system” that put sterling at the centre. Our industry and economy paid a high price. By the time Britain became an EEC member in 1973, the economies of France, West Germany and Italy had grown by 95%, nearly twice the rate of our own.

Edward Heath, the Conservative prime minister who brought us into what would become the EU, saw that Europe was post-imperial Britain’s opportunity to restore its wealth and dignity, and he did so with the memories of a soldier and student observer who had seen Europe tear itself apart. The generation who witnessed the Second World War first hand are no longer involved in British politics, but it would be a tragic error to forget the lessons of their experience.

As soon as we became a member state, we began to shape Europe in our own image. Ironically, Britain’s imperial experience of constitution writing, part of diplomatic training, was useful for drafting EU legal texts. Witness Margaret Thatcher’s crucial role in the creation of the single market in 1986. There is a deep irony now that fears of immigration have pushed us to the exit door, given for decades it was Britain that pushed for more. As a nation we should be ashamed of the violent political rhetoric that has followed the arrival of hundreds of thousands of eastern Europeans from the mid-2000s. Their contribution has been vast. Over their lifetimes, European migrants in the UK will pay in £78,000 more to the exchequer than they take out.

But the prime minister is not alone in turning away from our closest friends and most steadfast allies. Seventy years after 1945, we are drawing the wrong lessons from history. The lesson at Suez, of how the lethal combination of political isolation and imperial delusion led to a moment of excruciating humiliation, has been largely forgotten. Instead we focus on a distorted myth, in which a conflict of alliances, fought by Britain and the former empire is reduced to the “darkest hour” cliche, in which Britain supposedly “stood alone”.

This misremembering of the past has enabled the Brexiters’ fetishisation of isolation and sovereignty. Rather than alliances and diplomacy, we are told all that is needed is that we “believe in Britain”. This is a fantasy that Churchill himself would have dismissed as childishly naive.

In recognising Britain’s story of renewal through Europe, I do not forget that our country is crying out for change. A decade of austerity, of extremity and division has left us as broken as after Suez, but leaving the EU will not help. After Theresa May’s deal is voted down, MPs from all parties have a responsibility to begin a new politics of hope. We need to build a new consensus around pride in our role shaping a peaceful and more prosperous Europe.

One hundred years after the end of the First World War, we should celebrate Europe again. To do this we have to offer the public a chance to right the wrong of 2016 – another chance to vote for Britain at its best and another shot at the audacious, if imperfect, European dream.