Why We Should Care About Human Rights - The Universal Declaration of Human Rights at 70 | Eurasia Diary - ednews.net 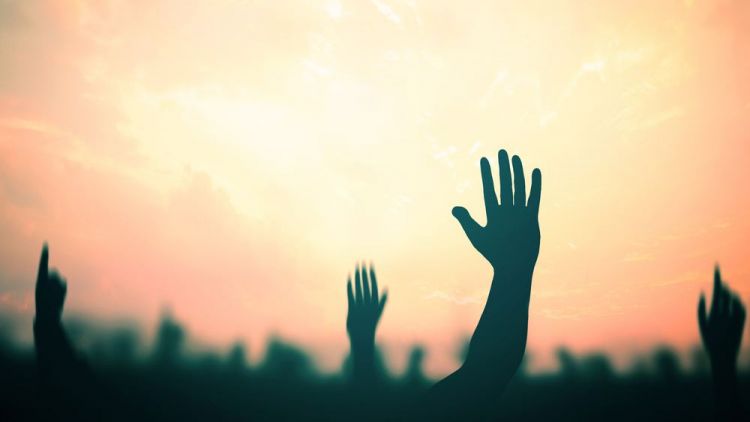 On December 10, the United Nations will mark the 70th  anniversary of the Universal Declaration of Human Rights. In an era of spreading nationalism and gross violations in places like Yemen, Myanmar, South Sudan, and Venezuela, it is fair to ask whether the Universal Declaration and the global human rights movement have improved the human condition.  And given these contemporary challenges, there’s the further question of where we go from here.

The Universal Declaration emerged from the horrors of World War II, which resulted in more than 65 million deaths, including six million Jews and hundreds of thousands of others who were systematically murdered during the Holocaust. Stunned by this carnage, the UN’s framers created an organization with three core objectives: advancing collective security, promoting economic development in poorer countries, and, for the first time, making the protection of human rights a global priority. The UN adopted the declaration on December 10, 1948, by a vote of 48-0, with eight abstentions. Eleanor Roosevelt, who led the effort, called it a “Magna Carta for all mankind.”.

The Universal Declaration broke new ground in two important ways. First, it universalized human rights, asserting that all people are entitled to these protections by virtue of our humanity.  Put differently, we are born with rights and do not depend on governments to bestow them upon us.

It also internationalized responsibility for protecting rights. Prior to World War II, governments asserted that whatever happened within their borders was not the world’s business. The Universal Declaration said that when gross human rights abuses occur in one country, other states have a responsibility to respond.  While the implementation of this doctrine is challenging, to say the least,  human rights concerns are now a routine feature of international diplomacy and political discourse. Recent examples include global attention to attacks against the Rohingya in Myanmar and the response to the Khashoggi murder involving Saudi Arabia.

In the decades that followed adoption of the declaration, diplomats used its broad aspirational language as the foundation for nearly a dozen international legal agreements—an exercise of putting meat on the bones. Some are general, like a treaty on civil and political rights, others cover specific areas, such as racial and gender discrimination and the rights of children. In recent years the UN also has begun to focus on the role that global businesses need to play, especially where governments are failing to protect their own people.

This framework has contributed to a range of positive changes.  Consider where we were in the 1970s, when most Latin American governments, including those of major countries like Brazil and Argentina, were military dictatorships.  South Africans were living under apartheid—government-sanctioned racial division and discrimination. Northern Ireland was engulfed in religiously motivated violence that tore that society apart. Hundreds of millions of people were living under the repressive rule of the former Soviet Union, and many thousands were detained in brutal gulags.   And in places like Uganda and Cambodia, diabolical leaders were subjecting their people to mass violence and even genocide.

While gross violations continue in too many places, indigenous human rights activists now document what is happening and advocate on behalf of those who are most vulnerable in their societies. There are remarkable activists like Lyudmila Alexeyava, a founder of the Moscow Helsinki Watch Group, who was centrally involved in the human rights movement in Russia for 50 years, until her death on Saturday. With the exception of North Korea, these advocates are now active everywhere. Many work in increasingly dangerous circumstances, but their voices are amplified by online networks, which give them tools to communicate widely and instantly.

As Americans, we should mark this anniversary with renewed attention to three areas. First, we need to make the case that our values and commitment to human rights and democracy actually advance other core national interests. Sadly, U.S. officials are saying just the opposite. President Trump’s first Secretary of State, Rex Tillerson, told his subordinates that pursuing human rights creates  “obstacles to our ability to advance our national security, our economic interests.” This is flatly incorrect. For the U.S. and other democratic states, rights-respecting nations are our most reliable political allies, our strongest trading partners and the most effective leaders in the fight against violent extremism.

Second, we need to embrace an international legal order that in the past the U.S. has vigorously promoted and of which the Universal Declaration is an important pillar. Whether dealing with human rights, climate change, national security or governance of today’s global economic order, a U.S. policy based on the idea of “America First” is counter-productive and self-defeating.

Finally, we need to renew our commitment to protecting refugees and internally displaced people. There are now more than 65 million such individuals fleeing conflicts or massive rights violations—the largest number since World War II.   Historically, the United States has been a leader in this area, but last year we accepted only 22,000 refugees from abroad, the lowest number in 40 years. A recent presidential executive order essentially bars almost anyone coming across our Southern border from applying for asylum, regardless of the merits of their case. These actions fly in the face of our longstanding commitment to those whom Emma Lazarus called the “huddled masses yearning to breathe free.”

As we mark the 70th anniversary of the Universal Declaration, the main lesson we need to draw is that working on human rights is not a sport for the short-winded. It’s a marathon, not a sprint­—and perhaps even an ultra-marathon, with no clear finish line. But the repetition of horrific abuses like those now occurring in Yemen and Myanmar should motivate us to do more, not to wave a white flag in surrender.

Michael Posner is Jerome Kohlberg professor of ethics and finance at NYU Stern School of Business and director of the Center for Business and Human Rights. He served in the Obama Administration from September 2009 until March 2013, as the assistant secretary of state for democracy, human rights and labor.