I would rather call oppression of Molokans in Armenia as a genocide - Armenian historian Philip Ekozyants | Eurasia Diary - ednews.net

Russian T-14 Armata tank could be transformed into nuclear weapon - US
Read: 1007

What does withdrawal of US troops from Iraq mean? - American military expert explains
Read: 615

US, Russia finalize planning for space security exchange at end of July
Read: 552

China responds to US sanctions over Xinjiang
Read: 396 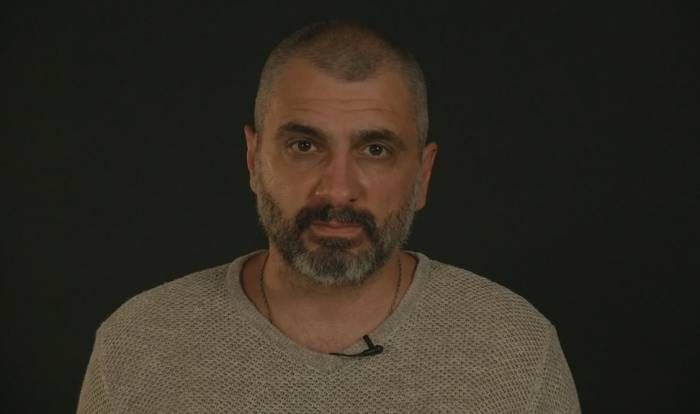 Ukrainian researcher, historian, well-known blogger Philip Ekozyants (who is Armenian) appealed to the Armenian citizens, speaking the truth about the bogus Armenian genocide and calling on them leaving the occupied Karabakh, the ancient Azerbaijani lands.

"Change of leaders in Armenia will not change anything. During the elections, the Armenian Diaspora abroad speaks well of the events of 1915. On the one hand, they call on the occupation of Turkish lands and on the other hand, to expand to Baku, and on the next day representatives of the Armenian Diaspora meet with the Turks and Azerbaijanis to make a good deal, play football, and make a feature film. Nothing averts doing these. The problem of the Republic of Armenia is not revolutions, but its anti-revolutions. Soon the Armenians will see it. There will be no change. It will be Groundhog Day. Something that has already happened is going to happen again. The Armenian Diaspora is flourishing, but the Republic of Armenia does not develop. It can not cooperate with his neighbors, because "there is a genocide factor", because "the ancient Armenian lands are under occupation."

"Armenian compatriots living in Armenia, who have no opportunity to be part of the diaspora, you are in a closed place! You are in a cage. And you will stay there, regardless of who comes to power tomorrow."
"What to do to get out of the cage? We have to stop demanding lands the lands which don't belong to us. It is necessary to stop saying that the Turkish people are wild and criminals. Understand one thing: the genocide is intended to destroy a whole nation. Not all Armenians participated in the struggle for the creation of a new state in the territories belonging to other nation, but only different individuals did. You need to find and judge them. To be honest, they have long been found and judged. But to accuse all Turkish people of genocide, it is foolishness!"
"True, I can often see the opinions of angry people calling for the destruction of all Turks in their statements. However, this is still not an entire nation, but individuals. What happened in 1915 can not be called a genocide. It was the First World War, and then the civil war started which Armenians were also guilty of. True, this was a group of some ideologists and activists struggling to establish a state in the territory of the Ottoman Empire without asking all the Armenian people."
"What did this lead to? Many people lost their lives. Armenians, you are smart people! Think of it, they are deceiving you! If I had $ 200 million and several TV channels, I'd create a new country for you in Armenia. And that would be named Molokan Republic. I would prove that the Molokans lived in Armenia for more than 5000 years, and that they were suppressed by all means. I would have demanded a progressive world to protect the Molokan diaspora. I would say all the facts about how all the Molokans were suppressed in Armenia, and I would call this genocide. I would pay the most prominent filmmaker for make a film about the Molokans as an assimilated nation."
"And I will show there how the Molokans undergo humiliating treatments by a tyrannous state. And when the movement starts, people will not be interested whether I am right or wrong when people listen to my speeches and works. Because I will talk about freedom. This is the main criterion for everyone to stand up for protection it in modern society. Of course, they will accuse me of lying, but what will change by that?"
"Perhaps, this genocide was committed in 1915 by a group of Armenians whose descendats live abroad now and enjoy delicious meals there. At the same time they also call on people to protect Armenians from genocide. But it is genocide itself!"
"The only way to lead Armenia's prosperity is to restore friendly relations with the Turks and Azerbaijanis. There is no other way!"
"I am the grandson of a man who has lost all his family members but never said that the Turkish people are our enemies!"
Translated by Islam Mammadov