Who can prevent Iran from continuing to work on the atomic bomb? - Igor Pankratenko | Eurasia Diary - ednews.net

Pentagon says about 14 Russian-made warplanes could be on Libya’s territory
Read: 1027

Who can prevent Iran from continuing to work on the atomic bomb? - Igor Pankratenko 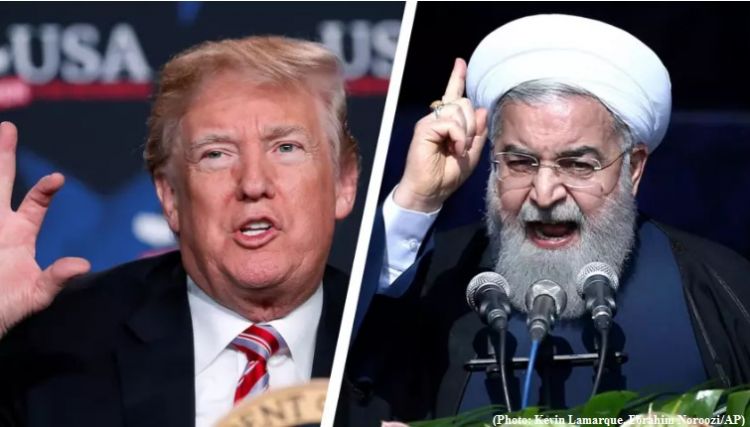 The United States heavily focused on the Iranian nuclear problem. Iran warned West to enrich uranium till acquiring the weapon. In return, the US warned with the possibility of military respond. The situation in the Middle East going to the dead point.

Deputy Chairman of the Russian Center for Strategic Estimation and Forecasts Igor Pankratenko shared his views with Eurasia Diary for the evaluation of Iran-US conflict. Pankratenko thinks that both sides are responsible and guilty for the current situation which is at dead point.

"I have a hope that mediation of Qatar which Trump agreed with Emir Al-Thani will play a positive role for fostering dialogue between Iran and the US."

It is very important to reach a political deal between Tehran ad Washington. There are lots of problems which hinders, but - let's hope that common sense will win.

The political analyst thinks that Donald Trump's move to leave JCPOA is related to that Trump believes Obama's agreement was a huge mistake. Trump plans a new deal with new restrictions on Iran:

- Iran definitely will not have a bomb;

- Iran will reduce the missile program;

"In fact, Tehran today refuses to discuss these provisions," Pankratenko concluded his opinion.

Future of the conflict will depend on Iran, US and mediators like Qatar and European states. Today, the US announced to create military coalition to protect commercial shipping off the coast of Iran and Yemen.

Today, Iranian Foreign Ministry spokesman Abbas Mousavi said that Iran is not interested in an increase of tensions. Iran welcomes France's efforts to salvage JCPOA. It is hard to forecast ongoing processes, none of the sides wants to compromise or to reach mutual consent. Future depends on the decision of sides.