Russian scientists have found a major weakness of the coronavirus
Read: 721

The first stage of tactical exercises continues with the participation of units of the Land Forces - VIDEO
Read: 620

Trump evacuated while in press briefing after shooting near the White House
Read: 531

'If military confrontation happens in Karabakh, Pakistan shall support Azerbaijan in every way' - Pakistani senior journalist 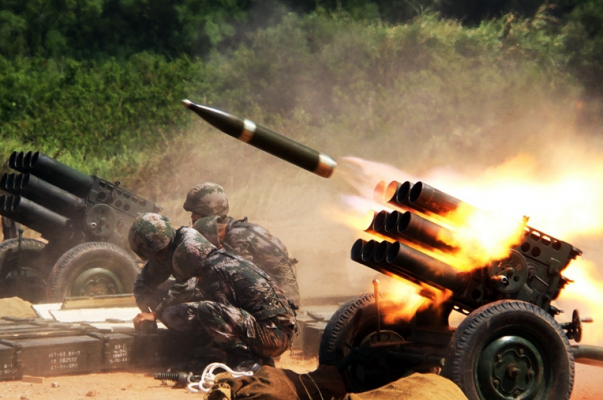 Foreign Minister of Pakistan Shah Mahmood Qureshi while speaking at OIC contact group meeting at sideline of UNGA said that world must put pressure on Armenia to vacate Azerbaijani areas and stop aggression over Azerbaijani nation. He stated that Pakistan stands (stood) with Azerbaijan and believe that global peace cannot be achieved unless aggressors like Armenia are not snubbed by world powers.

This statement by the Pakistani Foreign Minister reiterated the high level of relations between Azerbaijan and Pakistan. At the same time, it should be noted that recent populist and very radical statements by Armenian Prime Minister Nikol Pashinyan over the Karabakh problem have greatly increased the risk of war between Azerbaijan and Armenia. More precisely, at the current political environment, it leaves Azerbaijan no option to liberate its lands from occupation but war.

But can Pakistan always protect and supporting Azerbaijan's interests in the international area continue to support Azerbaijan in the military if the Karabakh war begins? What are the points behind the verbal and unofficial ultimatum that the Pakistani Foreign Minister gave to the Armenian leadership at the OIC meeting?

Eurasia Diary took the opinion of the editor-in-chief of Dispatch News Desk News Agency Agha Iqrar Haroon who obtained experience as a military and political correspondent. He emphasized that Pakistan is always with Azerbaijan as a brother country since its independence.

"Pakistan has always been with Azerbaijan and supported as a brother. Pakistan is one of the countries supports Azerbaijani independence from very first years. Pakistani people, government and foreign offices are always with Azerbaijani friends. This statement of our Foreign Minister Qureshi is basically revitalizing our support and stand for Azerbaijan."

He stated that there is huge similarity between Nagorno-Karabakh problem of Azerbaijan and the Kashmir problem of Pakistan. A.I. Haroon analyzed the statement of Foreign Minister Qurashi on this basis:

"Karabakh and Kashmir problem is similar. There is a kind of genocide is going on in Kashmir for almost 50 days. Azerbaijani people faced the same situation. One million people displaced from their homeland in the result of Armenian illegal occupation. That's why Pakistan understands the pain of Azerbaijan. This statement is very important for also Pakistani foreign policy. Pakistan demands immediate withdrawal of Armenian forces from Karabakh and other occupied territories."

The expert also said with confidence that when the war in Nagorno-Karabakh begins, Pakistan will not stay calm to the war and will support Azerbaijan: