Sergio Ramos is the best player I've ever faced - Neymar 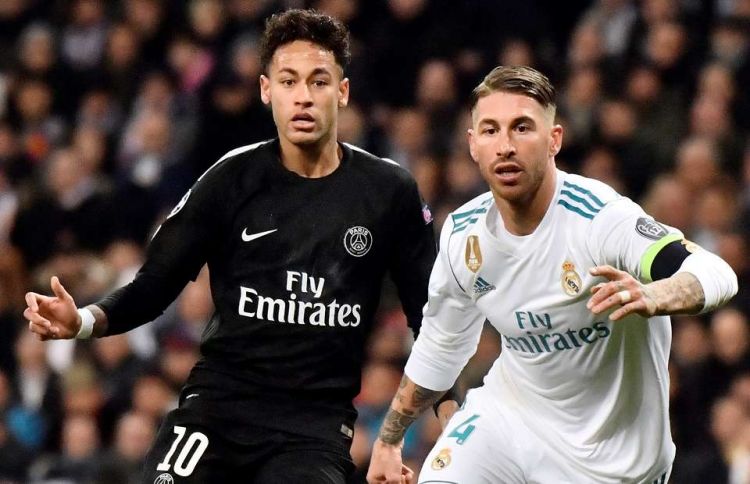 In the midst of Neymar's summer of discontent, his future is not really any closer to being resolved, GiveMeSport reports.

Such is the unhappiness of the world's most expensive player at Paris Saint-Germain that Barcelona are keen to bring him back to Camp Nou.

Sky Germany report that the Blaugrana will make an offer of £90million, plus two players from a six-man list of Philippe Coutinho, Ousmane Dembele, Ivan Rakitic, Nelson Semedo, Malcom and Samuel Umtiti.

Given that PSG's relationship with the forward is at an all-time low, it might be expected that they would leap at such an offer.

That is not necessarily the case, however, when the original transfer caused so much bad blood with Barcelona.

If he doesn't link up with Lionel Messi and Luis Suarez again next season, it's still hard to envisage him remaining in the French capital.

Real Madrid are another club monitoring the situation. Florentino Perez is supposedly restricting them to one galactico per summer - and they have already acquired Eden Hazard - but Real know serious work needs to be done to close the gap in La Liga.

Neymar has named the centre-back as the best player he's ever played against.

In a Q&A to promote his 'Neymar Jr's Five' tournament - which he has plenty of time for, of course, because he hasn't been turning up to PSG training - he was quoted by Goal:

"Because he's an excellent central defender and what's more, he scores goals.

"He's very difficult to play against."

The Brazilian has faced Ramos a total of nine times, winning four, drawing once, and losing four.

At a personal level, Neymar has got the better of Los Blancos' defence three times, while being booked on four occasions.

The 27-year-old also had kind words for compatriot Vinicius Junior, who many expect to enjoy a breakthrough season at Real despite being named officially in their Castilla squad.

"Vinicius Jr, he's super young and while he may have many years ahead of him, I think he will become an incredible player.

"He'll become one of the best, he'll compete for the Ballon d'Or. I hope he gets everything he wants."