The loss of the four young men is extremely sad and we share grief of their families – British journalist
Read: 463

Open Skies Treaty to collapse if US talks allies into quitting it
Read: 402

It's already been quite a year for French referee Stephanie Frappart. She made her top-flight debut in April, officiated at the Women's World Cup final last month, and now she's taking charge of the UEFA Super Cup. 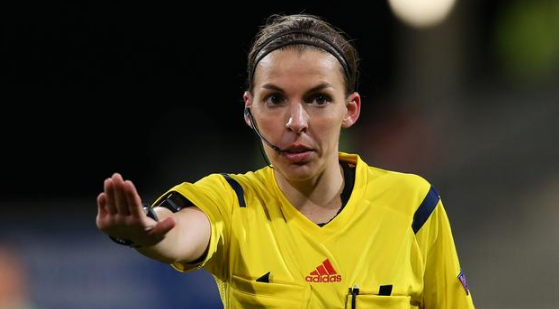 Stephanie Frappart will become the first woman to referee a major men's European club fixture on Wednesday evening in Istanbul, presiding over the UEFA Super Cup between Liverpool and Chelsea.
The season-opening Super Cup will have an (almost) all-female refereeing team. Frappart's World Cup colleagues Manuela Nicolosi of Italy and Michelle O'Neill from the Republic of Ireland will assist her on the sidelines. Off pitch, Turkish male match official Cuneyt Cakir will carry out the fourth official's duties.
Frappart, 35, told reporters in Istanbul that there was no more pressure than usual ahead of her latest major milestone.
"I don't think so. We have to prove physically, technically and tactically that we are the same as the men. I'm not afraid about that. Nothing changes for me," Frappart said on the eve of the match. "I think there is not a lot of difference [between refereeing men's and women's football], because football is the same. We're not afraid about this game because we are always ready for every game."
'Finally, I think it's time'
Both managers welcomed Frappart's appointment. Chelsea's Frank Lampard called it "a historical moment that is one more step in the right direction," albeit acknowledging that football had been "very slow everywhere" when it came to boosting the women's game and was now "trying to make strides." From left to right: Michelle O'Neill, Stephanie Frappart, Cuneyt Cakir, Manuela Nicolosi
Liverpool's Jürgen Klopp drew parallels to Bundesliga referee Bibiana Steinhaus in Germany:
"Finally, I think it's time. I've had a lot of experience with women referees; in Germany, Bibi Steinhaus is doing it. But it took a while until she was considered — not by the football professionals, more by the referees — to be ready. And meanwhile, she's settled," Klopp said.
Just like Steinhaus, who finally graduated to refereeing Bundesliga matches in 2017 after almost a decade impressing in lower divisions, Frappart has spent several seasons calling the shots in lower league French matches. Players and coaches alike had long labeled her one of Ligue 2's best.
Rapid, if belated, promotion
The 35-year-old from the Val-d'Oise region just north of Paris will be a regular fixture in Ligue 1 matches starting next season. She made her top flight debut this April, refereeing Amiens versus Strasbourg, with the home supporters holding aloft a special banner bidding her welcome to the Stade de la Licorne. Frappart kept order during the Women's World Cup final, again assisted by O'Neill and Nicolosi
There followed last month's Women's World Cup final (surely the most important game of Frappart's career to date), and now the UEFA Super Cup, described by Klopp as "a very, very important game," despite its somewhat semi-competitive feel as a one-off match so early in the new season.
"Even with all the emotions involved and stuff like this in the moment, I can say I'm really sure we'll all try to help tomorrow night not to make it more difficult than the game itself is anyway," Klopp said in Istanbul. "So I will show my best face, if possible, otherwise my Mum will be angry!" Despite showing signs of mellowing over time, Klopp has been known to lose his temper with match officials
'I hope it's not the last'
UEFA's head of refereeing Ricardo Rosetti said he hoped that Frappart and her team would "inspire thousands and thousands of young female referees around the world" to follow in their footsteps — comments echoed by Irish assistant referee Michelle O'Neill.
"It's pretty nice that you have young girls, young kids being inspired," O'Neill said. "You're leading the way and opening the doors and clearing the pathway for these kids coming up. So that's pretty special."
Klopp, meanwhile, had one particular wish regarding Wednesday's female refereeing team: "It's the first time, I hope it's not the last."
Given talents like Frappart, Steinhaus, O'Neill and Nicolosi — not to mention other prominent whistle-wielding women like Sian Massey-Ellis in England or Esther Staubli in Switzerland or Uruguay's Claudia Umpierrez — it already seems certain that Wednesday's Super Cup match will be the first of many.