Edin Dzeko says there is more racism in Italy than he expected | Eurasia Diary - ednews.net 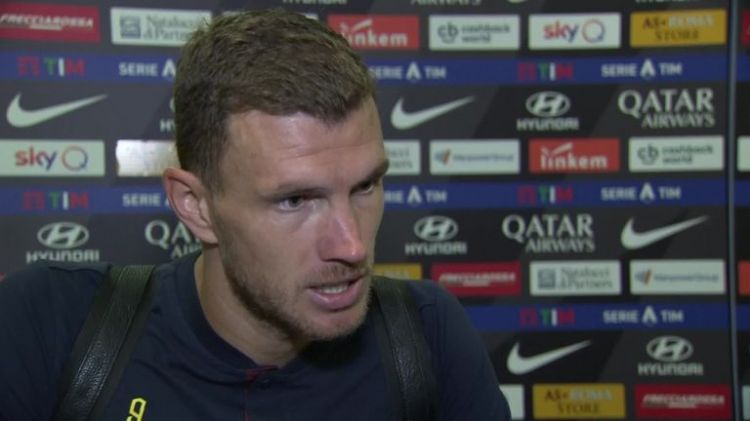 Roma striker Edin Dzeko says racism in Italian football is more prevalent than he expected before moving to Serie A, Sky Sport reports.

Belgium striker Romelu Lukaku was subjected to monkey chants from the crowd during Inter's 2-1 win over Cagliari last month.

"I think (racism) is a bigger problem than, maybe, in other countries, especially in England," Dzeko told Sky Sports News.

"But hopefully, for the good of the other players, these things have to stop and hopefully the federation can see this as well and try to stop it in any way possible."

Lukaku demanded immediate action to be taken after he was subjected to racist chanting. Dzeko echoed his sentiment, calling on the Italian football federation to do more to protect players.

"I don't know what to say about that. Even today, those things happening which is definitely not a great thing," he added.

"I know, when I was playing in England, it is much improved. There is always less and less racism there.

"But I think in Italy, it's much more than expected. I think, also, it has to come from the federation, they have to protect the players. That's the only way.

"If you hear someone, you just ban him from the stadium. They cannot come anymore. We don't those racist people at the stadiums."