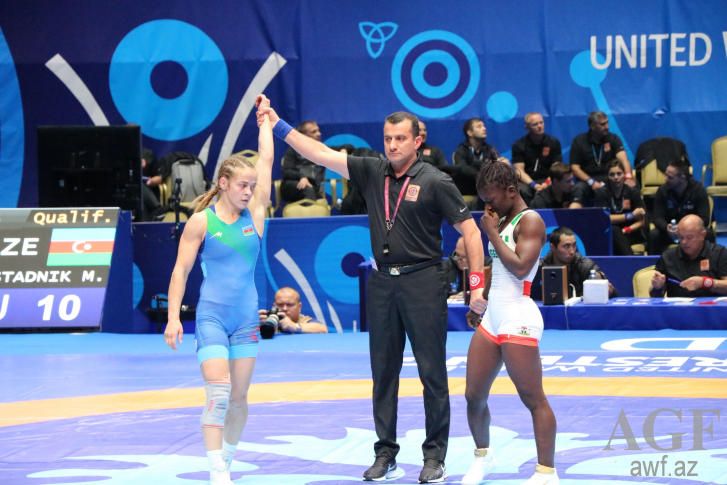 She has reached the semifinals in the World Wrestling Championships held in Nur Sultan city.

In the quarterfinals, Stadnik defeated Russia’s Ekaterina Polishchuk, securing a place in the first “top 6”.

Stadnik in the classification round met Mercy Genesis (Nigeria), having gained an early victory with a score of 10:0.

The next rival of Stadnik was Seema Seema (India). The match with her ended with a score of 9:2 in favor of Stadnik.