Moscow explained why Turkey should not joke with Russia about Syria
Read: 639 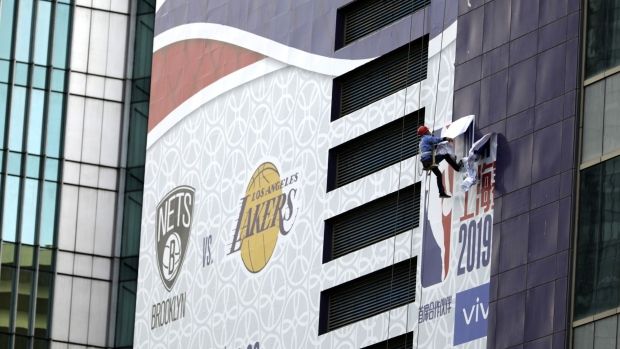 Chinese companies, celebrities and broadcasters are lining up to cut their ties to the NBA, but one thing may stand in the way of Beijing’s confrontation with the league: 500 million Chinese basketball fans.

The National Basketball Association is drawing outrage in China after Commissioner Adam Silver defended freedom of expression, signaling that the league won’t back down in the face of criticism over a tweet by the Houston Rockets’ general manager supporting the Hong Kong protests.

The standoff is dividing Chinese basketball fans torn between their love for the game and a desire to support China’s sovereignty over its territories as it faces criticism from the West. The choice isn’t as clear cut as with other cases where China has targeted foreign companies, as the NBA has played a central role in creating and stoking a deep love for basketball in the country.

Unlike Italian fashion house Dolce & Gabbana, or Hong Kong airline Cathay Pacific Airways Ltd. -- companies that have drawn the ire of increasingly nationalistic consumers -- the NBA has near-universal household recognition in China, and no obvious substitute for Chinese sports fans.

Tang Yuan, a Rockets fan whose favorite player is James Harden, is conflicted by the controversy.

“I still love basketball,” the 17-year-old student said outside an Apple store in Shanghai. “I appreciate the NBA as the main contributor to world basketball development. But as a stand on something so sensitive, I can’t agree on that, their words.”

Tang said he will take a break from the NBA and wait for things to play out. “There are other sports I like, like football and badminton,” he said.

Yu Chen, a teacher at the Beijing University of Posts and Telecommunication and a Chicago Bulls fan, also won’t watch NBA games, even if the league apologizes.

“If you come out now and say sorry, do you really think people will consider you sincere?” asked Chen, who was playing basketball with students during a break.

But for Miles, a 17-year-old who would only give his first name, the fracas has gone too far and won’t stop him from watching NBA games.

“I think the backlash is too much,” he said in a Starbucks in Shanghai. “If someone says something in the United States you don’t like, I don’t think it involves calling your embassy. What’s the point? It’s just one guy on Twitter.”