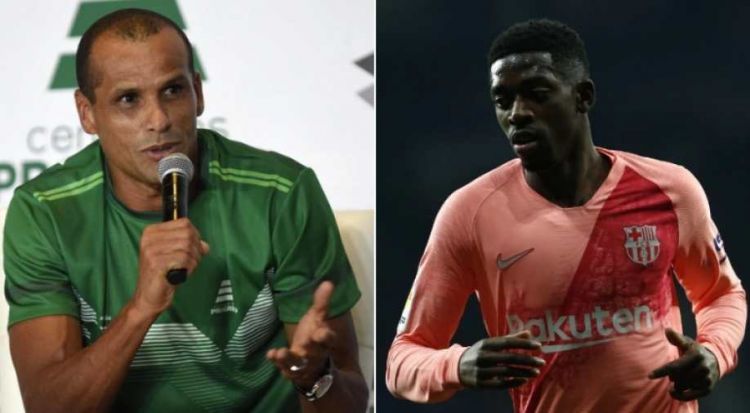 Barcelona legend Rivaldo reckons Ousmane Dembele needs punishing after he was sent off for using foul and abusive language towards a match official.

Barca were 4-0 up at the time which makes Dembele's actions all the more bemusing.

The star will now miss two games including the upcoming El Clasico with Real Madrid on October 26.

Rivaldo, who scored 130 goals for Barcelona, says his former club must punish Dembele for his 'unacceptable' actions.

"Dembele is in trouble again after saying rude words to the referee and getting sent off in Barcelona's 4-0 win over Sevilla," the Brazilian told Betfair.

"He received a two-game suspension which means he'll miss 'El Clasico' against Real Madrid on 26 October.

"Barcelona need to have words of their own with the player about this silly sending off. It's not acceptable and it could harm the team, with his absence creating difficulties for his team mates.

"It's important for the club to have an internal procedure to sanction players in these kind of foolish situations, in which you have inappropriate talking to a referee or manager. It makes sense to punish him in some way to avoid new situations in the future.

"I'm not referring to Dembélé only, but to any player that might commit a similar action. A player needs to be smart, be aware that there are more matches to play after that, and don't let his teammates, manager and club in a tough situation."

Dembele's suspension will free up a place in Ernesto Valverde's line up.

It remains to be seen who will be picked instead but one man who feels under used so far this season Ivan Rakitic, who has started just one La Liga game this season.