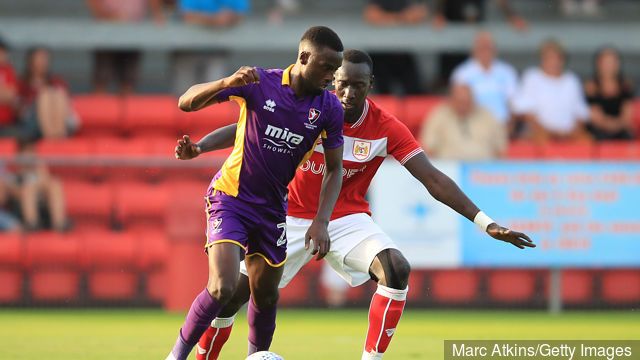 Patrick Bamford and Eddie Nketiah have scored eight goals between them across all competitions this season, but that's been the case for a while.

Bamford hasn't found the net since August, while Nketiah, who joined Leeds on loan from Arsenal this past summer, hasn't scored since the 2-0 win at Barnsley, which was a month ago.

Yep, Marcelo Bielsa's side - fifth in the Championship - might be doing a lot better with another number nine at the manager's disposal - and you wonder whether Leeds regret missing out on a certain Mo Eisa.

The 25-year-old is ripping up League One this season, netting nine goals in 12 games for Peterborough United. Only Ivan Toney, with 10, has bagged more so far.

Back in May of 2018, the Whites are reported to have scouted the then-Cheltenham Town marksman, before the Elland Road club made a verbal offerş

He eventually joined Bristol City in that summer, before returning to League One in June.

League One isn't as difficult as the Championship, but Eisa is clearly showing bags of potential in the third tier and you wonder whether a man-manager of Bielsa's talents could have done more for him than Lee Johnson at Ashton Gate.

We'll never know, but if Eisa fires Posh to promotion and then rips up the second tier, it'll inevitably look like a big mistake by Leeds not to take a punt.