Russian scientists have found a major weakness of the coronavirus
Read: 748

The first stage of tactical exercises continues with the participation of units of the Land Forces - VIDEO
Read: 653

Trump evacuated while in press briefing after shooting near the White House
Read: 552 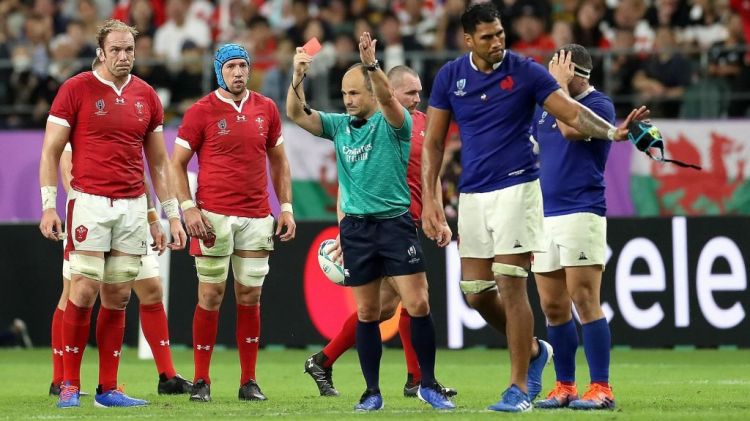 World Cup referee Jaco Peyper has sparked anger after posing for a photo with Wales fans in which he appeared to mimic the elbow that led to Sebastien Vahaamahina's quarter-final red card.
The South African official dismissed the hulking lock in Oita on Sunday after video replays showed him smashing his elbow into the face of Welsh flanker Aaron Wainwright early in the second half with France leading by nine points.
Vahaamahina's rush of blood changed the course of the game and Wales hit back to win 20-19 and book their place in the last four, where they will face South Africa.
But France fans reacted with astonishment after Peyper was seen smiling for the camera alongside beer-drinking Wales fans with his right elbow raised to the chin of one of them, seeming to poke fun at the sickening incident on Sunday night.
There were howls of protests from Twitter users slamming Peyper's judgement, with several calling it "shameful", "disturbing" or "stupid" -- and calling for the 39-year-old to be stood down for the rest of the World Cup or even sanctioned.
Vahaamahina was distraught after the match.
Fighting back the tears, the lock told his team mates in the changing room: "I think I completely lost my head. Frankly it's indefensible."
Earlier in the World Cup, Kiwi referee Ben O'Keeffe courted controversy after footage emerged of him offering a "low-five" hand slap during a pool game between Australia and Fiji.
After full-back Kini Murimurivalu had just scored a try to extend Fiji's lead over the Wallabies to 21-12, O'Keeffe extended his right arm and the Fijian duly obliged.