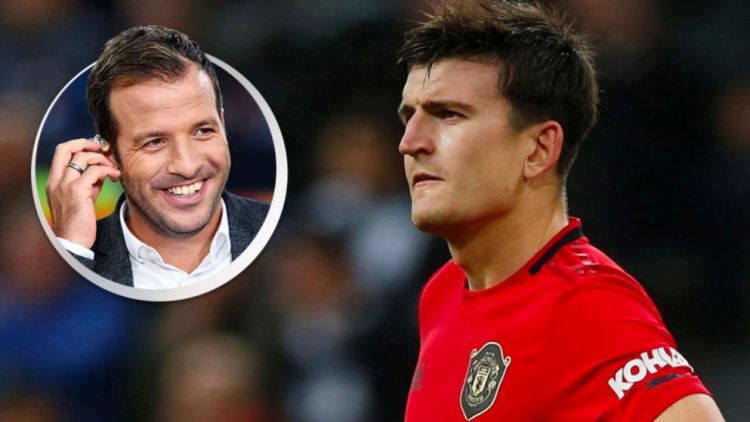 Maguire played the full 90 minutes as United held league leaders Liverpool to a 1-1 draw on Sunday, but former Tottenham star Van der Vaart was far from ready to praise the England defender for his part in proceedings.

In particular, it seems the Dutchman has a problem with the world-record £80m fee United shelled out for the former Leicester man in the summer.

Speaking to Ziggo Sport, he said: 'He can do something, but if he is worth so much money, Virgil van Dijk is worth £300million.

'If I am going to play with the amateurs on Sunday afternoon, I can easily find three who can do this. I mean that seriously.

'A bit silly to say, but I really think so.'

It is not the first time Van der Vaart has laid the boot into Maguire, having previously criticised his performance on the international stage during the Nations League.

When England were beaten 3-1 by Holland, the Dutch midfielder-turned-darts-player was on punditry duty and he remembers it well.

'It's funny because during the Nations League, I was doing work for Dutch television,' he noted.

'And I remember we were saying Harry Maguire was by far the worst player on the pitch.