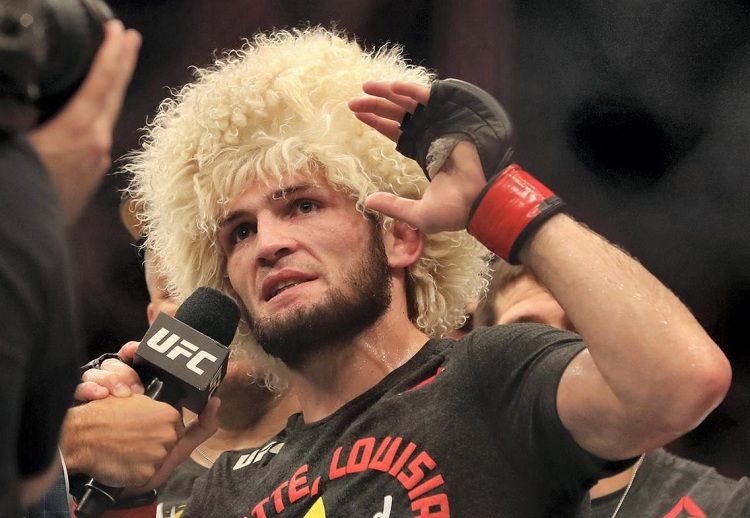 The rivalry between the two has overspilled into utter chaos at times and their rivalry has no indication of coming to an end.

Taking part in a press conference ahead of UFC Moscow, the Russian was asked why he doesn't wear his national flag.

“Good question, I was expecting it,” replied Khabib.

“People who wear flags say that they represent their native land, but unlike them, I don’t rape women, don’t beat old people, don’t tell people to drink alcohol.”

The Eagle was referring to reports made in the New York Times of McGregor being investigated for two rapes.

There was also a video that emerged in August of the Irish fighter allegedly punching an old man in a Dublin pub.

And McGregor has also ventured into business when he started up his own whiskey brand Proper Twelve Whiskey.

“I represent in my own way," Khabib added.

"I don’t believe that if you wear a flag you’re a patriot and of you don’t you’re not.

"There are many things that you must do before you raise that flag, it’s not enough to just raise it you have to show good character.”