Over 160 tanks and armored vehicles arrive for Russian Army and Airborne Force
Read: 865

Russia welcomes US plans to reduce troop size in Afghanistan to 4,000
Read: 593 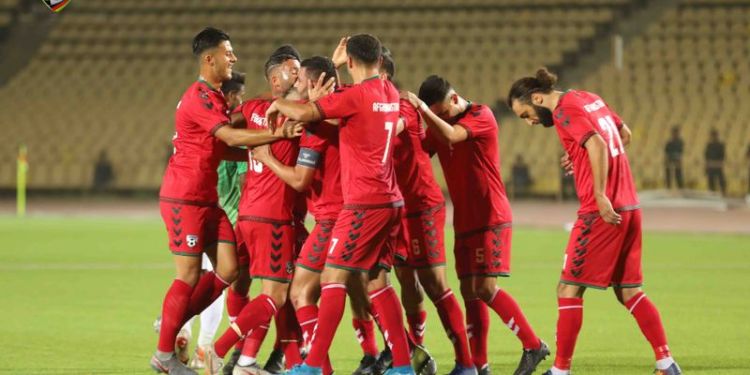 India comes into their fourth match of the 2022 FIFA World Cup campaign under heavy pressure as they face a must-win match with some of their crucial players missing at the back. However, while it may seem that way by their previous results, Afghanistan are no pushovers in their backyard.
History
Prior to the crisis on the land, Afghanistan had been very close to the sport with their first national football team founded as early as in 1922, although it took them 19 years to play an international game, which was against Iran in 1941. Seven years later the nation was brought into FIFA’s ambit in 1948, but it took six more years for Asian Football Confederation (AFC) to bring them into the fold.
While they are not one of the best on the continent, Afghanistan have featured sparingly on the world football stage with their first and only FIFA international match coming at the 1948 Summer Olympic Games against Luxembourg on July 26. In fact, before the Soviet-Afghan War started, the national team used to compete in the AFC Asian Cup as well.
After a gap between 1984-2002 and the death of the Taliban regime, the national team started with competing in the Asian Games. Soon after, they were seen playing in the likes of the 2003 SAFF Gold Cup, 2004 AFC Asian Cup qualification, 2005 South Asian Football Federation Gold Cup, AFC Challenge Cup 2006, 2006 FIFA World Cup qualification, and more. They took their time to settle before eventually lifting the SAFF Championship in 2013.
Formation and Tactics
Handing over the job to an inexperienced Anoush Dastgir from the experienced German Otto Pfister, after giving the latter just six games to manage was a risky move, but the federation seems to have their full trust in the former caretaker manager.
Dastgir has tweaked a few things or two after taking over and the narrow attack is one of them. From the 4-1-4-1 design, which Pfister used to deploy, the native has chosen the conventional 4-3-3 mostly, which has been seen changing into 4-3-1-2 as and when needed.
Having been just four games in charge, Dastgir has just one win. And having been pitted into a group, where they are in terms of advancing into the next stage, the Afghan players have played with nothing to lose. But, Dastgir has, quite interestingly, experimented with players’ positions and while his first eleven is set, it hasn't stopped him from turning a defender into the midfield and a playmaker into central midfielder from time to time.
The 29-year-old has been a pragmatic manager and would play as per opponents’ strengths. Hence, against a visiting Indian team, who would probably take time to adjust to the artificial turf and struggle to find their passes, the Blue Tigers could expect an uber-offensive approach causing them discomfort.
Key Players
Afghanistan have shipped in nine goals in the three World Cup qualifiers matches, and scoring once in the process, which came from their skipper Farshad Noor. And upon digging further, Noor was quite a revelation being the most high profile name in the Afghanistan squad. Having graduated from Dutch giants PSV Eindhoven’s youth system, Noor was a part of their senior squad from 2013 to 2015, although he never could play for the club. The 25-year-old defender, who can also play as a midfielder, is currently plying his trade with Cypriot first division club Nea Salamis. Noor could be the man to look out for.
A more known player to Indians would be Haroon Amiri. The central defender has been a regular for Dastgir and is very well acquainted to the football scene in India. He had first come to India back in 2011, when he had signed for Mumbai FC. Thereafter, he had played for Dempo SC and was also a part of FC Goa in the inaugural ISL edition. He had left India a brief time before being roped in by I-League side Gokulam Kerala FC again.
India’s Approach
Well, the mission is simple. India are three games into the group stage and are yet to walk away with a win, hence, a win by a big margin would be the best option. And given how leaky Afghanistan have been in their World Cup campaign so far, the Blue Tigers should take confidence approaching the game.
Igor Stimac’s tactics have been questioned now and the Croatian has seemingly gone into his defensive shell, as was seen in the match against Bangladesh. It would be good if the team opted for an ultra offensive 4-1-2-3 to begin with, against Afghanistan, rather than the teams passive 4-2-3-1 formation.
The likes of Sahal Abdul Samad and Brandon Fernandez have the necessary attacking and creating attributes to inflict suffering on opponents and Stimac should let them free. With Udanta Singh and Ashique Kuruniyan on the flanks, Sunil Chhetri and Manvir Singh could interchange places at will to provide both physicality and finesse to their sting. In the absence of Sandesh Jhingan and Rowlin Borges, India's defence might seem a bit shaky, but it would one of those games where the offence would be the best defence.