Turkey advance to EURO 2020 finals after goalless tie against Iceland 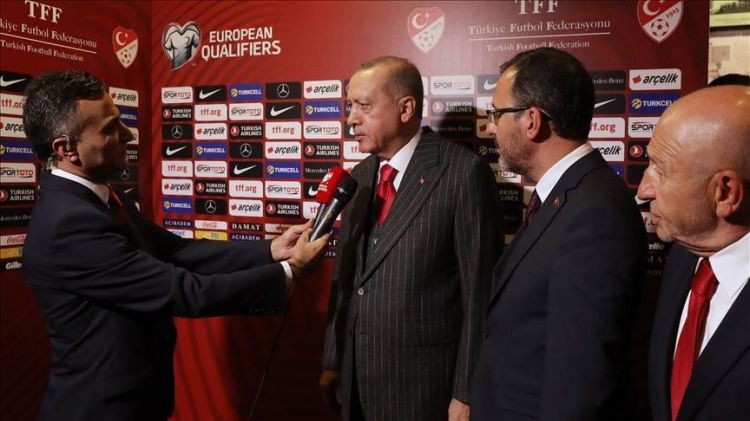 Recep Tayyip Erdogan told national Turkish broadcaster TRT that the Turkish team became a "nightmare against opponents both in defense and offense".

"I congratulate our manager Senol Gunes, technical staff and our players as well as the Turkish Football Federation," Erdogan said after the match.

He was at Istanbul's Ali Sami Yen Sports Complex to watch the game.

"Our next match will be against Andorra. We are also competing against France [in Group H]," Erdogan said and wished his best to the national team for the next game.