Taiwan leader meets top US official after her election win 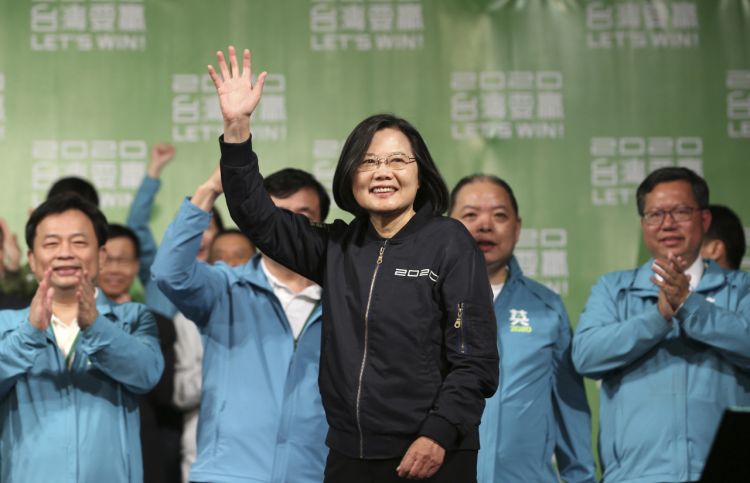 Fresh from a landslide reelection victory, Taiwan President Tsai Ing-wen met Sunday with the de facto US ambassador to Taipei, as China warned that countries should stick with recognizing communist-ruled Beijing as the rightful government of ''One China,'' including Taiwan, Eurasia Diary reports citing Associated Press.

William Brent Christensen, a US diplomat who is director of the American Institute in Taiwan, congratulated Tsai on her victory and she thanked him for his support.

''The Taiwan-US partnership has already grown from a bilateral partnership to a global partnership. In the future, we will continue to build on the foundation we have created over the past three years to strengthen our cooperation on global issues,'' Tsai said, according to a record of the remarks from the US side.

Tsai has sought closer relations with the US while pushing back against pressure from China, and the Trump administration has reciprocated.

After election results were announced late Saturday, Ma Xiaoguang, a spokesman for China's Taiwan Affairs Office, said China is willing to work with the Taiwanese people to advance the ''peaceful reunification of the country.''

But he cautioned that China would firmly protect its territorial integrity and opposes any separatist moves and Taiwan independence, according to the official Xinhua News Agency.

''We hope and believe that the international community will continue adhering to the One China principle, understand and support the just cause of Chinese people to oppose the secessionist activities for 'Taiwan independence' and realize national reunification,'' said a statement from Chinese Foreign Ministry spokesman Geng Shuang.