Khojaly genocide is commemorated in Azerbaijan - Tragedy of century
Read: 570

Nikol Pashinyan will be forced to flee - the expert does not consider the decision of the General Staff spontaneous
Read: 487 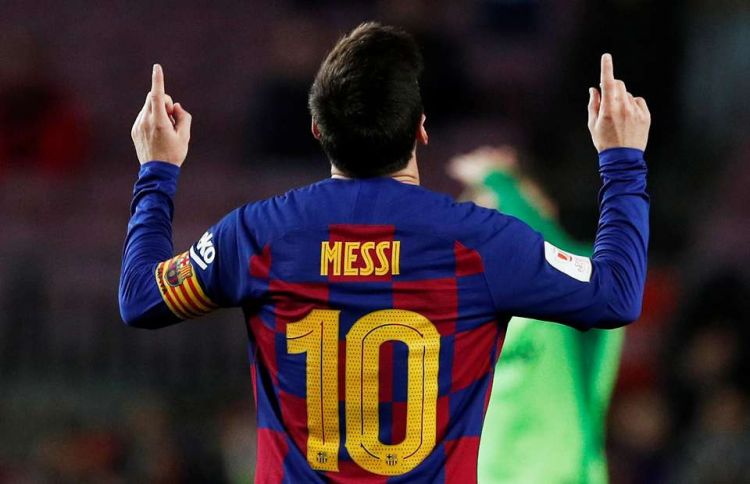 Lionel Messi made it 20 assists for the season in Barcelona's stodgy 1-0 win over Real Valladolid on Saturday, even as his team's La Liga challenge appears almost over, EDNews.net reports citing CGTN.

Messi teed up Arturo Vidal's winner at Jose Zorilla to become the first player to provide 20 assists in Spain's top flight since Xavi Hernandez in 2009, as well as the second player in the 21st century from the five major European leagues to hit 20 goals and 20 assists in the same campaign, after Thierry Henry in 2002-03.

Victory for Barca means Real Madrid cannot clinch the title on Monday by beating Granada but only an incredible collapse will prevent them putting their name on the trophy later in the week.

If they beat Granada, Madrid will win La Liga by prevailing at home to Villarreal on Thursday, regardless of Barcelona's results.

"We are doing things that deserve more than where we are," said Barca coach Quique Setien.

"To win La Liga, I don't know, because our rival is winning everything."

Yet even as Barca's turbulent domestic campaign draws to a close, Messi continues to shine.

His delightful pass for Vidal in the 15th minute, a scoop between two Valladolid defenders, triggered more remarkable milestones.

As well as matching the best La Liga total for assists by one player in the last 11 years, Messi extends his own career-best number of assists in a single league season.

Third-placed Atletico Madrid made sure of their place in the Champions League next season with a 1-0 win over Real Betis despite playing more than half an hour with 10 men.

Earlier, Celta Vigo surrendered a valuable point in the relegation battle by conceding in the 91st minute to Osasuna, Jose Arnaiz sealing a 2-1 win.

Defeat means Celta stay four points clear of the bottom three but having played a game more than those below them.