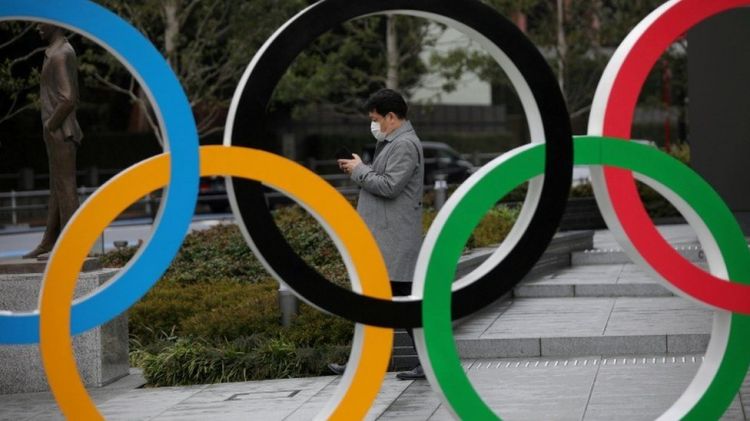 A Japanese government official said on Thursday that the Tokyo Olympics could still be cancelled despite the efforts made by his government to facilitate the international event.
The Associated Press reports that Toshihiro Nikai, a high-ranking official in Japan’s ruling Liberal Democratic Party (LDP), said "of course" cancellation was still an option when asked about such a possibility on Japan's TBS TV.
“If it seems impossible to go on with the games, they must be definitely canceled,” Nikai said, according to the AP. “If there is a surge in infections because of the Olympics, there will be no meaning to having the Olympics.”
“It is important for Japan to have a successful Olympics. It is a big opportunity. I want to make it a success," Nikai added. "We will have many issues to resolve and prepare, and it is important to take care of them one by one.”
Another Japanese official who is in charge of the country's vaccine rollout said if the Olympics do happen then it was possibility that fans may be banned from attending.
“I think the question is how to do the Olympics in a way that is possible in this situation,” government minister Taro Kono said. “That may mean there will probably be no spectators.”
Tokyo organizers have said they expect to announce the number of fans allowed at the games some time this month, the AP noted.
The Tokyo Olympics are expected to begin on July 23 and the Paralympics are expected to follow on Aug. 24.
According to the World Health Organization (WHO), Japan has confirmed over 500,000 coronavirus cases and nearly 10,000 deaths.