Breakaway league faltering badly days after being announced, with 8 of 12 clubs in league now pulling out 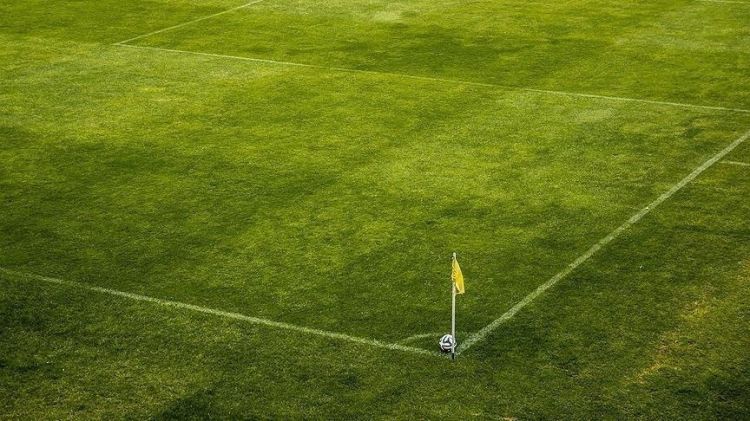 Plans for a breakaway European Super League seem on the verge of collapse just days after being announced, as Spain's Atletico Madrid and Italy's Inter Milan on Wednesday became the latest clubs to quit the troubled new venture.
Eight of its 12 founding football clubs – Manchester United, Chelsea, Manchester City, Arsenal, Liverpool, Tottenham Hotspur, Inter Milan, and Atletico Madrid – have officially already left the nascent European Super League.
Atletico Madrid
"The Atletico de Madrid Board of Directors, meeting this Wednesday morning, has decided to formally communicate to the Superliga and the rest of the founding clubs its decision not to finally formalize its adherence to the project," Atletico Madrid said in a statement.
"Atletico de Madrid took the decision on Monday to join the project due to circumstances that no longer exist today," it added.
Inter Milan
"FC Internazionale Milano confirm that the Club is no longer part of the Super League project,” Inter Milan said in a statement.
“We are always committed to giving fans the best football experience; innovation and inclusion are part of our DNA since our foundation. Our engagement with all stakeholders to improve the football industry will never change."
Manchester City
"Manchester City Football Club can confirm that it has formally enacted the procedures to withdraw from the group developing plans for a European Super League," the northern English club said in a statement.
Liverpool
"Liverpool Football Club can confirm that our involvement in proposed plans to form a European Super League has been discontinued," the Merseyside club announced.
"In recent days, the club has received representations from various key stakeholders, both internally and externally, and we would like to thank them for their valuable contributions."
Manchester United
"Manchester United will not be participating in the European Super League,” said a blunt club statement.
“We have listened carefully to the reaction from our fans, the UK government, and other key stakeholders. We remain committed to working with others across the football community to come up with sustainable solutions to the long-term challenges facing the game."
In another club announcement, Manchester United said executive vice-Chairman Ed Woodward would step down from the post at year’s-end.
Woodward joined United in 2005 and became executive vice-chair in 2012.
Arsenal
"As a result of listening to you and the wider football community over recent days, we are withdrawing from the proposed Super League. We made a mistake, and we apologise for it," Arsenal tweeted with "an open letter" to its fans.
Chelsea
Chelsea, also from the English Premier League, left the new league on Monday, just a day after it was announced.
"Having joined the group late last week, we have now had time to consider the matter fully and have decided that our continued participation in these plans would not be in the best interests of the Club, our supporters, or the wider football community," it said.
Tottenham Hotspur
"We can confirm that we have formally commenced procedures to withdraw from the group developing proposals for a European Super League (ESL)," the English club said on Twitter early Wednesday.
"We regret the anxiety and upset caused by the ESL proposal. We felt it was important that our club participated in the development of a possible new structure that sought to better ensure financial fair play and financial sustainability whilst delivering significantly increased support for the wider football pyramid," said Tottenham's Chairman Daniel Levy.
"We believe that we should never stand still and that the sport should constantly review competitions and governance to ensure the game we all love continues to evolve and excite fans around the world."
"We should like to thank all those supporters who presented their considered opinions."
British Prime Minister Boris Johnson praised the clubs' decision to leave.
The decision by Chelsea and Manchester City is “absolutely the right one, and I commend them for it," he said on Twitter. "I hope the other clubs involved in the European Super League will follow their lead."
As for the rest of the struggling new league in the wake of the defections, Italian Serie A's Juventus and Milan plus Spanish LaLiga's Barcelona Madrid and Real Madrid are so far still on board.
Breakaway plans
On Sunday, 12 top English, Italian, and Spanish teams announced they had decided to establish a European Super League.
Both FIFA and UEFA blasted their decision.
Aleksander Ceferin, the head of UEFA, European football's governing body, said the new league’s players would be ineligible to represent their countries in the FIFA World Cup and European football championships.
In a speech on Tuesday, Ceferin said: "At this point, I would like to address the owners of some English clubs. Gentlemen, you made a huge mistake."
"Some will say it is greed, others disdain, arrogance, flippancy, or complete ignorance of England's football culture. But actually, it does not matter," he said, adding that the clubs had time to correct their mistake – advice some apparently heeded.