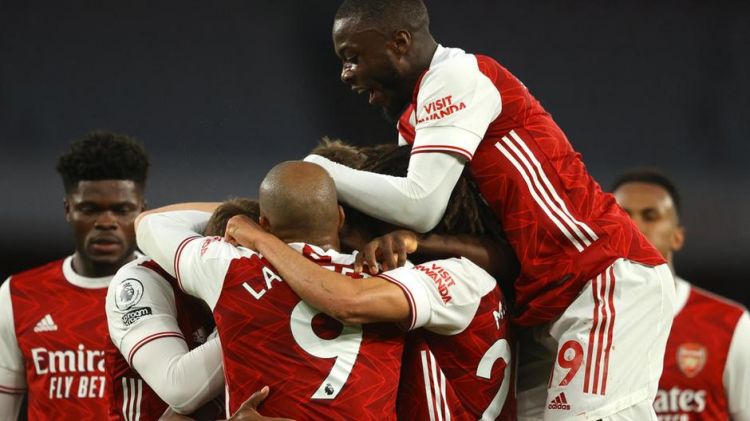 Sam Allardyce refused to commit his future to West Brom after suffering his first relegation from the Premier League following defeat at Arsenal.

The Baggies are the eighth club Allardyce has managed in the competition but a 3-1 loss at the Emirates Stadium saw them condemned to the drop.

The writing had been on the wall for some time and, despite a good start in London, goals from Emile Smith Rowe and Nicolas Pepe had them on the ropes.

Allardyce has 12 months remaining on his deal but has yet to reveal his plans for next season and whether he will look to lead the promotion charge after confirming last month that relegation would mean both he and the club now have the option of a break clause.

Speaking at his post-match press conference, the 66-year-old said: "I am not going to answer a question on whether I am staying or going - it will just be a waste of time because I won't be saying whether I am going or staying."

"It's too early to consider or talk about. It's about the disappointment. Tonight it's about having a day or two off and getting ready for Liverpool."

"The most important thing for me and the players is to give everything we have got to try and finish the season with pride in your own performance and your own professionalism."

"The big challenge for us is can we lift ourselves like we have done throughout the season."

Asked how much his first Premier League relegation was feeling, the former England boss added: "Words cannot describe it."

For the hosts, this was a positive response to their Europa League semi-final exit at the hands of Villarreal on Thursday night and just about kept alive their hopes of securing European football in some guise next season.

Gunners boss Mikel Arteta said: "It is always the best way to put a remedy to the pain that we had - to win the game, to score the three beautiful goals that we have done.

"We created so many more chances and, as well, I think when we conceded the goal we looked nervy for a period - but overall, not going through to the final, it is always very important to win.

"I think we have a huge responsibility to win every game that we play when we represent this football club.

"And as well, if anybody can question anything - our level, our ability, whatever it is - they can, but our attitude is a non-negotiable and right up to the end we have to try win our matches and see what happens."