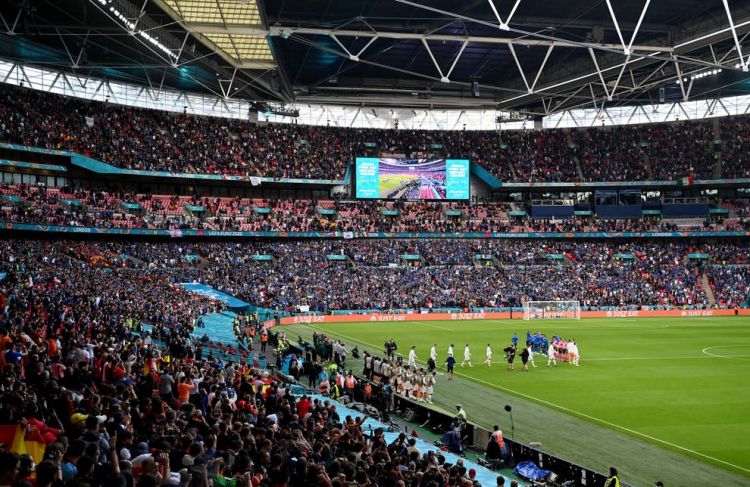 Tickets for the Euro 2020 final at Wembley are being sold online for up to £20,000.
Seats are going for five figures on secondary ticketing websites despite UEFA regulations banning their resale above face value.
The high prices reflect the fact that all the tickets released by Uefa to the general public so far have been snapped up.
Two seats at Sunday’s game that will see Italy face either England or Denmark are being offered for £40,000 on the ticketing site Ticombo.
Another set of two tickets are priced at £18,816 with a further pair of seats on sale for £18,000 – meaning the total spend would reach at least £36,000.