daily news
Taliban appoint Afghanistan's permanent representative in UN
Azerbaijan used its right to selfe-defense to end occupation of its lands - Erdogan
Jeyhun Bayramov met with the US Deputy Secretary of State for Political Affairs
Russia preparing for Turkish president's visit - Peskov
Pakistan includes Uzbekistan in Business Visa List
EU sides with Paris in fallout over Australian submarine deal
Azerbaijan, Pakistan, and Turkey stand together - Ambassador
HDP row may break away Turkey from EU - The final decision depends on the US and UK relations 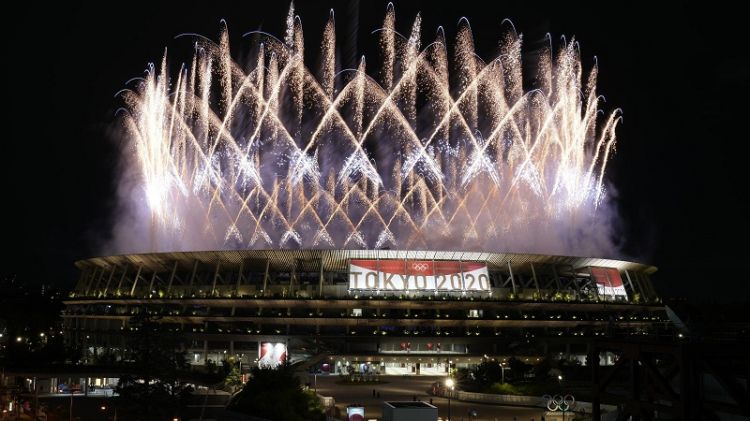 The most troubled Olympics in modern history finally opened in Tokyo on Friday, struggling to shake off lingering virus fears after a one-year postponement and a buildup marred by scandal and controversy, AFP reports.

Postponed for a year, organizers were forced to take the unprecedented step of holding the Games without fans as the coronavirus is on the rise again, taking lives around the world.

Even the opening ceremony – normally a star-studded display teeming with celebrities – was eerily silent, with fewer than 1,000 people in attendance, strict social distancing rules and signs calling on the spectators to "be quiet around the venue."

Regardless, it marks a coming together of the world, with an audience of hundreds of millions around the globe and at various stages of the pandemic tuning in to watch the start of the greatest show in sport.

The opening video featured at the stadium recapped Japan's path to Tokyo 2020 and the challenges the world has faced since the selection of the Japanese capital as host in 2013.

It showed how in 2020 the coronavirus struck, with lockdowns forcing the unprecedented postponement only four months before the Games were supposed to open, setting off a roller-coaster period of uncertainty and preparations in isolation for the athletes.

Some of them are expected to use the ceremony to make statements about equality and justice, and several nations will be represented by a man and a woman after the organizers changed their rules to allow two flagbearers.