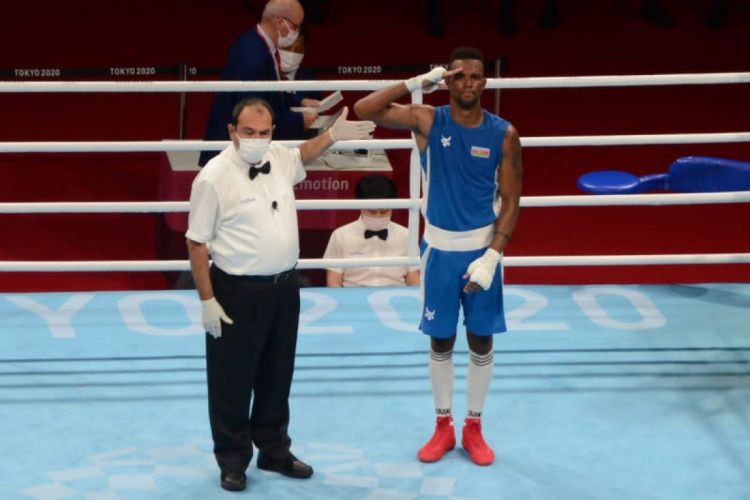 Azerbaijan's boxer Alfonso Dominguez has had his next fight at the Tokyo 2020 Summer Olympics,
The winner of the European Games faced the Cuban Olympic and world champion Arlen Lopez in the semifinals. In the first fight, our boxer, who eliminated Dilshotbek Ruzmetov from Uzbekistan and then Bayram Malkan from Turkey, lost this time. Dominguez, who weighed in at 81 kg, lost to his opponent with a score of 0: 5 (28:29, 28:29, 28:29, 28:29, 28:29).
As a result, Alfonso won a bronze medal at the Tokyo 2020 Summer Olympics. This was the second award of the Azerbaijani national team in the capital of Japan. Earlier, judoka Irina Kindzerska (+78 kg) also finished the Olympics in third place.
It should be noted that 26 athletes have already finished in the national team, which left for Tokyo with 44 athletes.