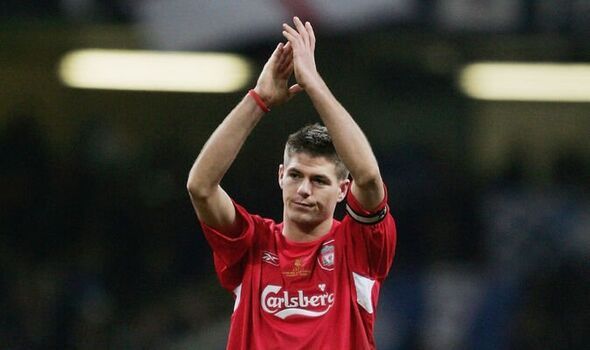 Liverpool legend Steven Gerrard admitted he had a ‘nightmare’ and felt ‘suicidal’ the last time the Reds faced Chelsea in the League Cup final. Gerrard scored an unlucky own goal against the Blues in the 2005 showdown – and the two teams clash in the final once again 17 years on.

On Sunday afternoon, Jurgen Klopp’s Liverpool will seek revenge for a devastating 3-2 defeat by Chelsea in 2005.

It was Gerrard’s own goal 11 minutes from full-time that took the game into extra time.

The England midfielder had frequently been linked with a transfer to Stamford Bridge in the build-up.

Those rumours intensified later in the year, with Gerrard very nearly agreeing to link up with Jose Mourinho before making a last-minute U-turn.

And Gerrard has previously revealed that he felt ‘suicidal’ after believing some Liverpool fans felt he probably meant to score the own goal.
“It was a nightmare. I felt suicidal,” he told The Daily Telegraph as per Goal ahead of the League Cup final between Liverpool and Cardiff City in 2012, which the Merseysiders won on penalties.
“It was bad, one of the worst days I have had, especially against Chelsea. I was linked with them for a while before that cup final.
"Then to go and score an own goal – there were Liverpool fans who probably thought I meant it at the time – and to get the defeat was a nightmare too, for me and the team.”
Gerrard’s own goal helped Chelsea equalise after John Arne Riise opened the scoring in the first minute.
Chelsea then went 3-1 up in extra time through goals by Didier Drogba and Mateja Kezman before Antonio Nunez pulled one back.
Gerrard added: "I very rarely go back to [those cup final defeats of] 2005 and Chelsea, or 2007 (Champions League) and AC Milan.
“They mean nothing to me, getting to those finals. The memories I like thinking about are the ones when I came away as a winner.”
But Liverpool are strong favourites to win Sunday’s clash due to their impressive recent form.
They have won 10 of their last 11 matches across all competitions in a run that stretches back to their 2-2 draw with Chelsea in January.
Thomas Tuchel’s Blues have won six of their last seven games and recently lifted the FIFA Club World Cup.