Aston Villa are still not completely clear of the Premier League relegation battle but can take a big step with victory over Leicester City in their next fixture while Wolverhampton Wanderers are still competing for a top four finish. 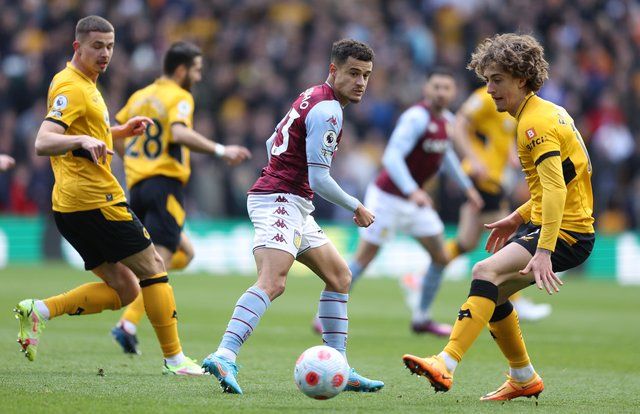 The 2021/22 Premier League season is fast approaching its conclusion with the title race, top four battle and relegation fight all still being contested.
With Manchester City and Liverpool fighting it out for the trophy it’s between Chelsea, Tottenham Hotspur, Arsenal, Manchester United, West Ham United and Wolves to see who can snap up the other spot which secures qualification for next season’s UEFA Champions League.
Wolves have lost ground on their rivals over the past few weeks but are still in with a shout and a win over Burnley on Sunday would bring them a welcome three points.
Meanwhile, Aston Villa need a few more points to mathematically secure their place in the Premier League next season - they are currently 11 points above 18th but could still be clawed back.
That is pretty unlikely though and Steven Gerrard’s side can look above themselves instead and attempt to finish as high up the standings as possible, with a top half finish still a realistic goal for this campaign.