Azerbaijani MFA responds to Pashinyan - If Azerbaijan wanted a war, it would not present the basic principles
Read: 266

Representatives of Russia, Ukraine, Türkiye and UN will meet in Istanbul
Read: 204

Many Bayern Munich players, not least Sané and Dayot Upamecano were criticized this season; however, Julian Nagelsmann believes in both of his players. 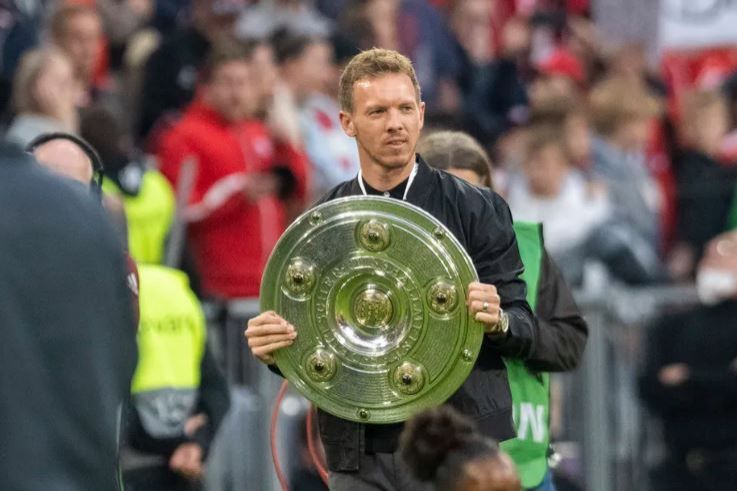 Bayern Munich were crowned German champions once more; however, even in the Bundesliga, there were quite a few underwhelming performances this season. One of the players who everyone had an eye on this season, but who failed to produce one too many times was Leroy Sané.
Sané started this season much like he ended the previous one, a player lost under a heavy price tag, performing underwhelmingly at a club that rarely tolerates such performances, especially from high profile signings. The fans started to get annoyed; he was at the receiving end of quite a vocal booing in August against Köln and Julian Nagelsmann rightfully took him off.
After that performance, his form turned around and eventually, he showed the talent Bayern bought him for. His form would dip again though, and Sané once again appeared lost in the latter stages of the Champions League and in the league. Nagelsmann, who one can say tactically limited other players to make room for Sané, defended his player recently. Per tz, he mentioned: “I’m in good spirits that he will hit the ground running again next year because he is an outstandingly good player.”
He also defended yet another high profile signing who made a few high profile errors in Dayot Upamecano. With the departure of Niklas Süle, Upamecano has even bigger shoes to fill and more responsibility ahead of next season. More will be expected of him. Upamecano was cheered on by the fans when Thomas Müller brought him forward at the Marienplatz celebrations per tz. Nagelsmann mentioned about the defender, according to tz, that “right now he goes down really well, is also extremely accepted in the team. He will certainly perform much more stably next year than he has this year.”