Tottenham backed away from signing £25M PSG player, felt he as too expensive - ednews.net

Tottenham backed away from signing £25M PSG player, felt he as too expensive 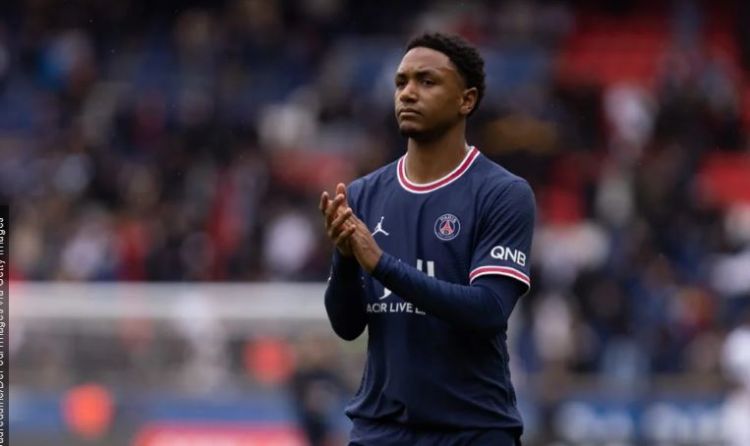 Tottenham considered signing Abdou Diallo from Paris Saint-Germain but backed away due to their €30million (£25million) demand for the defender.
Tottenham have been quick and efficient in the transfer market this summer – two words you wouldn’t usually associate with Spurs.
Fabio Paratici has pulled off five new signings for Tottenham and we’re only just approaching the middle of July.
The latest addition was Clement Lenglet, with the French defender joining on a season-long loan deal from Barcelona.
Lenglet wasn’t the only defender Tottenham considered though as Antonio Conte chased new additions for his back line.
TOTTENHAM CONSIDERED SIGNING ABDOU DIALLO
Lenglet offers some versatility for Tottenham. A naturally left-footed defender, Lenglet could play on the left side of Conte’s back three.
Lenglet isn’t particularly quick though and that may mean that he ends up competing with Eric Dier rather than Ben Davies.
That’s something for Tottenham to consider in the coming weeks as they may need another left-sided defender – but don’t expect Diallo to join.
It’s stated that PSG wanted around €30million (£25million) for Diallo, a price tag that Tottenham just didn’t want to pay.
Lenglet has arrived on loan with no purchase option, presenting a much cheaper option than Diallo.
Diallo, 26, joined PSG in 2019 having impressed in just one season with Borussia Dortmund.
The Senegal international has been on the fringes of the PSG side though and has only played 50 league games in three seasons.
Capable of playing at left back or centre back, Diallo is naturally left-footed and Tottenham may have felt that he was ideal for Conte’s back line.
The price tag just wasn’t seen as great value for Tottenham though, leaving Diallo’s future up in the air.