Rangers are closing in on their seventh new addition of the summer transfer window. 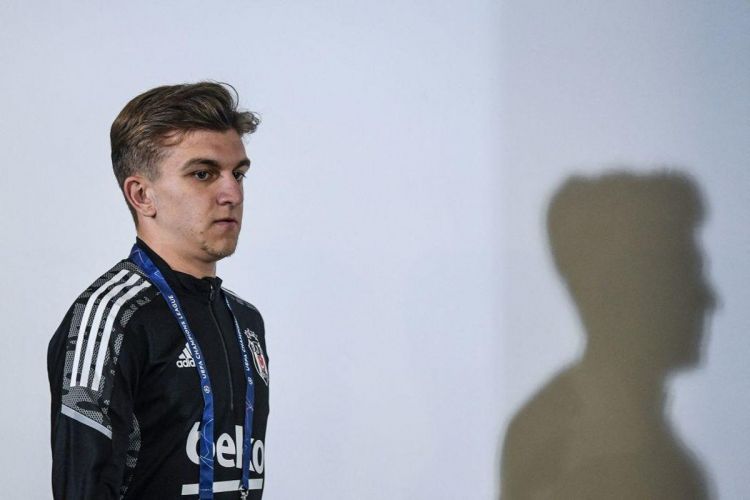 What’s the word?
Following the club-record sale of Calvin Bassey earlier this week, Giovanni van Bronckhorst’s side were always likely to recruit a new left-back to compete with Borna Barisic next season, and the club have worked quickly to identify their man.
According to Italian journalist Fabrizio Romano: “Rangers have reached an agreement with Besiktas for Ridvan Yilmaz, €6m fee plus 20% sell-on clause. Deal set to be completed, personal terms are now agreed on a five-year deal.”
Supporters will be buzzing
Although Yilmaz has some big boots to fill following Bassey’s departure, he appears to be very highly rated and fits Rangers’ transfer strategy of signing exciting young talents who can be developed and potentially sold for a huge profit in the future, as we have seen with Bassey and Joe Aribo so far this summer.
Yilmaz has been a regular for Besiktas in recent years, making 62 appearances for the first team, in which he has contributed four goals and seven assists, including an impressive return of three goals and four assists in the Super Lig last season.
It was vital that Rangers brought in a replacement for Bassey as soon as possible, given that their Champions League qualifying tie against Union Saint-Gilloise is less than two weeks away. Yilmaz will hopefully have time to get to know the squad and manager before potentially making an impact in those vitally important two games.
Considering that Barisic has struggled with injuries and form in recent years, and has also been linked with a move away from Ibrox, supporters will be delighted when Yilmaz does arrive, as he offers a younger alternative to the Croatian and arguably has a much higher ceiling.
The Gers’ transfer business so far this summer has been efficient and impressive, and the latest addition of Yilmaz will hopefully take Rangers even closer to the level they need to be at if they want to challenge domestically and in Europe again in the upcoming campaign.