NASA Ingenuity helicopter just broke one of its own records on Mars - VIDEO
Read: 711

There's a Giant Magma Plume on Mars, Bulging the Surface out Across a Vast Region - VIDEO
Read: 236 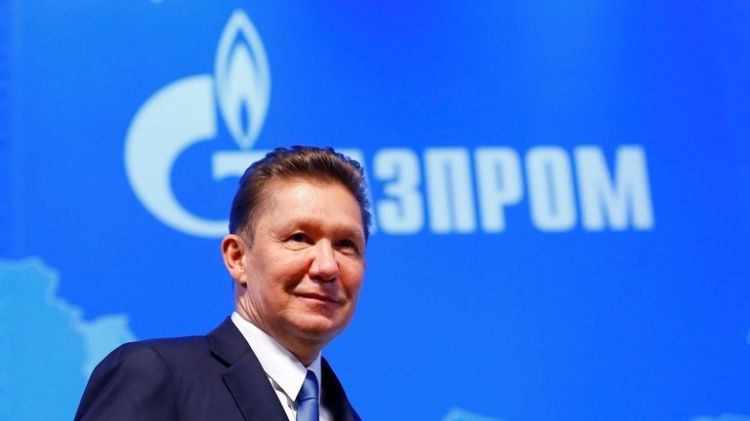 Russian goalkeeper Andrey Lunev has turned to Gazprom CEO Alexey Miller with a plea to resolve a pay dispute with the footballer’s former club, Zenit St. Petersburg.
Lunev, 30, left Russia for German team Bayer Leverkusen on a free transfer last July after spending five seasons at Zenit, helping them to three consecutive Russian league titles before making the move.
The goalie, who has been capped seven times by his country, claims he is still owed bonus payments from the Zenit hierarchy for the last season he spent at the club.
The stopper has now gone public in the row, issuing a plea to Miller – who is CEO of Zenit sponsors Gazprom and one of Russia’s most powerful businessmen.
“I know what kind of support you have been giving to Zenit over the years, being, perhaps, the main fan of the club and its support,” wrote Lunev in a message shared by the Russian media.
“It is difficult to overestimate the role that you and the company you lead play in the life of the club.
“I did not want to do this publicly, but, unfortunately, the situation forces me to address you personally through the media.
“In the 2020/21 season, the general director of the club, Alexander Ivanovich Medvedev, guaranteed the entire team the payment of increased bonuses for victories against Spartak (December 16, 2020, 3-1 victory) and Lokomotiv (May 2, 2021, 6-1 victory ). I was on the pitch in both games and contributed to the victory over principal rivals.
“To date, all club players have been paid increased bonuses. I became an exception. Zenit refused to close the debts to me,” claimed Lunev.
“Representatives of the club claim that there were no such bonuses in the club and they were not paid to anyone. Although everyone knows perfectly well that this is not the case and they were paid out under other payment purposes.
“I understand the motives for such behavior of a number of representatives of the club. It's no secret that I had a financial dispute with the club over a number of positions.
“I can say with confidence that this dispute was the reason for the non-payment of bonuses to me. In addition, the club, in the calculation, which, it is worth noting, was last made with me only in April 2022, also withheld a significant part of the bonuses I earned for winning the 2020/21 championship,” Lunev further alleged.
The goalie said that if the issue could not be resolved then it must be taken up by the Russian Football Union (RFU) in an “objective, unbiased” manner.
The former Zenit claimed he was almost being “blackmailed” into dropping other payment claims to receive the bonuses, arguing that the scandal “does not reflect well” on the Russian champions.
“In order to prove the truth, I will have to involve witnesses from among the former football players of the club who will confirm that the increased bonuses for Spartak and Lokomotiv were received by the players. I would really hate to resort to such methods of protection, but the club leaves me no other choice,” Lunev added.
The ‘keeper insisted that he retains great respect for Zenit and its fans, while calling on Miller directly “to pay attention to my appeal and take control of the situation in order to resolve it.”
Zenit general director Alexander Medvedev responded by denying that the club had any debts to its former goalkeeper.
Lunev was an important part of three title-winning Zenit teams and made more than a century of appearances during his time at the club.
Since he departed, Zenit have gone on to win a fourth successive Russian Premier League title under the guidance of a manager and former playing star Sergey Semak.
Gazprom is the club’s main sponsor and also gives its name to Zenit’s impressive 67,000-seater Gazprom Arena home on the shores of the Gulf of Finland. Gazprom CEO Miller is often seen attending matches.
Lunev has served as a back-up option at Bayer since moving to the Germans, making just one Bundesliga appearance last season and playing once in the UEFA Europa League.