Paris Saint-Germain are preparing a long-term contract offer for Marcus Rashford after recently holding positive talks with the player. 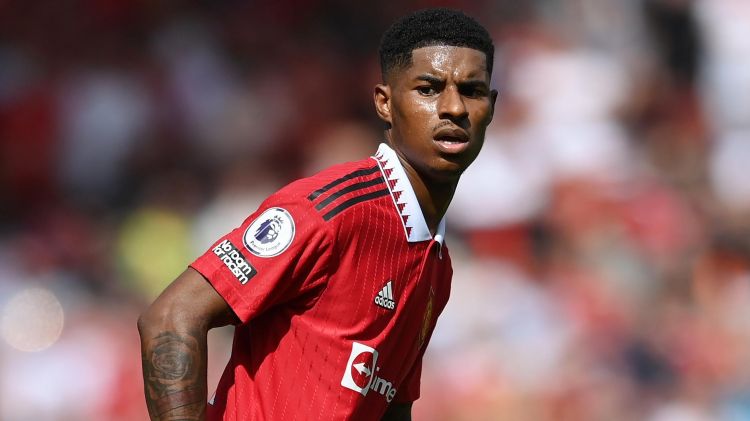 According to Duncan Castles of The Times, PSG are serious about signing Marcus Rashford and are prepared to offer a long-term contract to sign him. Manchester United are not looking forward to selling their academy graduate, but PSG believe their positive talks with the player may have a different effect.

Marcus Rashford has been scrutinised for his performances in the last 12 months. Since the Euros concluded, the forward has come back from surgery and not performed to the expected levels. Fans have been left disgruntled by the dip in form the 24-year-old has displayed.
Rashford has a year left on his deal, but Manchester United hold the option of extending it further by another season. In short, if Manchester United wanted, they could keep him at Old Trafford until 2024. However, the player has recently attracted a lot interest from PSG, with the French champions’ intentions considered serious.
To put the Parisians off their pursuit, Manchester United reportedly slapped a £120 million price tag on Rashford, which was double PSG’s valuation of the player.
While Manchester United are uninterested in selling Rashford to PSG or any other club, the Ligue 1 title holders are very serious about signing the England star. There have been suggestions new manager Christophe Galtier and sporting director Luis Campos view him as a successor to Lionel Messi, who may depart next summer.
Campos believes they had positive talks with Rashford over a move and are willing to offer him a long-term contract alongside a reasonable transfer fee to Manchester United as they look to pair him up with generational superstar Kylian Mbappe at Parc des Princes.
Campos reportedly made the player understand how they wanted to focus on improving his game. They believe Rashford’s development has been stunted due to different managers preferring to play him in unnatural positions. Campos wants to focus on improving the forward’s goal-scoring prowess and explained the plan they have for him.
While it looks ambitious on paper, Rashford could consider the possibility of leaving the Premier League to join the Ligue 1 giants amidst his ongoing struggles at Manchester United. He remains on the periphery of Gareth Southgate’s plans for the England national team and could see a fresh start as the right move to rekindle his form.
Manchester United fans will be dreading a sale, as they believe in Rashford, who has been tremendous for them over the years. However, PSG seem to be very serious in their pursuit. And the coming days will be crucial to see whether the Red Devils would be willing to consider a sale, particularly if the player insists on a move.