The German now faces a potential fight to stay on the F1 grid with his Haas future not yet confirmed. 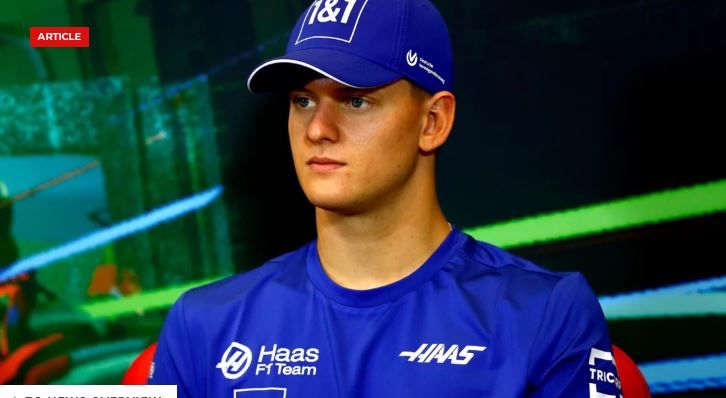 Ferrari are "monitoring" Mick Schumacher's Formula 1 situation as his membership of the Driver Academy remains uncertain.
Schumacher was signed to the FDA - whose graduates include Charles Leclerc - in 2019, and given his first F1 test in Scuderia machinery that year in Bahrain.
He was backed through successful Euro F3 (2018) and Formula 2 (2020) campaigns, landing a Haas seat in F1 for 2021.
However, it was reported on Tuesday that Schumacher's time with the FDA is to cease at the end of 2022.
Although this does not necessarily mean he is to leave Haas at the end of the season, the move is widely expected, given the German's struggles alongside the more experienced Kevin Magnussen.
Schumacher future uncertain
After two big crashes early in the 2022 season in Saudi Arabia and Monaco, Haas boss Gunther Steiner issued a warning to Schumacher - whose performances improved thereafter.
He scored his first points in Britain with eighth, and followed it up with a sixth place in Austria.
However, Haas is due to run Antonio Giovinazzi in FP1 at the Italian and United States Grands Prix, with the former Alfa Romeo driver understood to be the front-runner for an F1 return with the American team for 2023.
If Schumacher does leave Haas, his options to remain as a race-driver in F1 are limited.
The realistic slots open are at Alpine or Williams, although the former is in negotiations with Red Bull over the services of Pierre Gasly to partner Schumacher's friend Esteban Ocon.
IndyCar driver Colton Herta has emerged in recent days as a contender for the Gasly AlphaTauri seat should he move, meaning Schumacher's only option could be Williams.
That team is unlikely to retain Nicholas Latifi beyond the end of the year, bringing his three-year F1 stint to an end.