The Japanese Grand Prix has been red-flagged and suspended after just two laps of running as heavy rain fell. 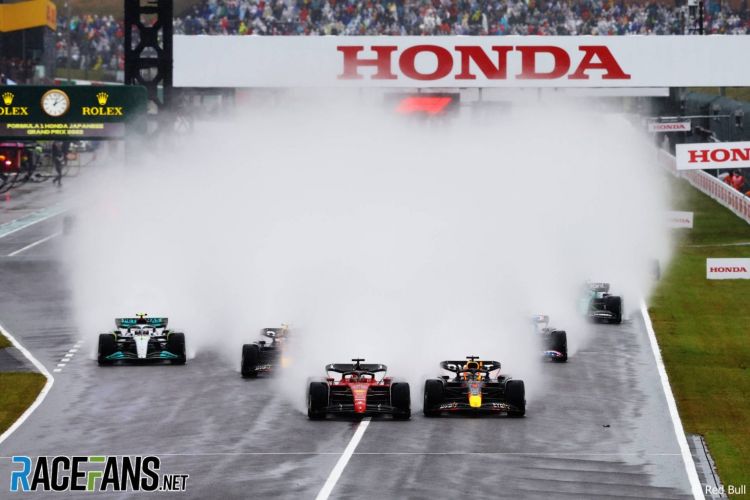 The rain began falling long before the race got underway. It built steadily in the run-up to the start, leading all drivers to take intermediate rubber.
However when the field got away on a standing start it quickly became clear the visibility conditions were very poor.
Halfway around the first lap, Carlos Sainz Jnr spun into a barrier and retired. Shortly after Alexander Albon came to a stop with a car problem.
The Safety Car was deployed in order to allow recovery of the two cars. However with the rain intensifying the decision was taken to red-flag the race.
Soon after the cars reassembled in the pits, race control announced a restart would be given at 2:50pm local time. However as the rain continued this was abandoned, and no new restart time has yet been confirmed.
As the race has begun, F1’s rules state it must finish within three hours of the start.
While returning to the pits ahead of the suspension several drivers complained recovery vehicles including a crane were present at the side of the track.