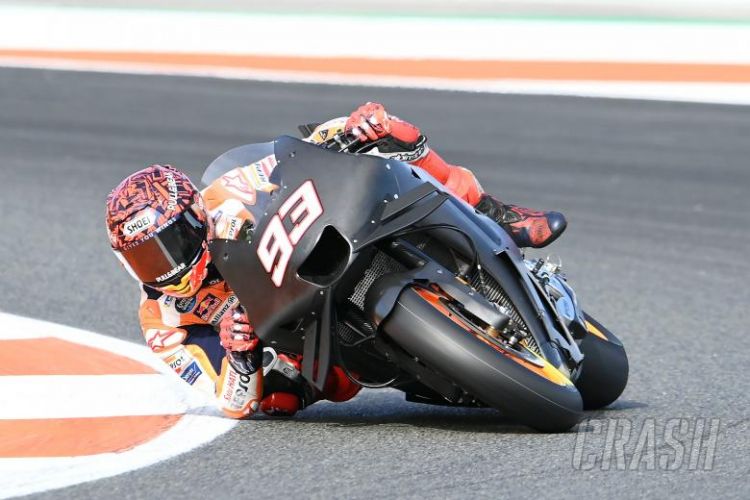 Alvaro Bautista believes Marc Marquez can get back to his best and become a MotoGP title contender again, while also claiming WorldSBK allows riders to ‘do more than in MotoGP’.
Bautista became Ducati’s first WorldSBK champion since Carlos Checa in 2011 this year, which was also his first title in the Superbike class.
The Spaniard, who competed against Marquez in MotoGP from 2013 to 2018, knows the Honda rider well after seeing him win five of his six premier class world championships.
And although Marquez was not at full fitness during the final few races of 2022, Bautista is convinced he can return to his best: "I think so. From what I’ve seen he’s not one hundred percent yet even if he’s already going fast."
"He has to be able to do it in a more natural way, while it seems to me that it’s more forced. If he manages to reach the level he had before he’ll be able to fight up front, even if the Honda is not at the top.
"I don’t think he’ll be able to progress much next year. I don’t think they’ll start the season with a super performing bike."
While MotoGP was as close as ever this past season, WorldSBK was just as thrilling when it came to race-long battles and fights for victory.
In fact, there’s an argument to be made that the racing provided by Bautista, Toprak Razgatlioglu and Jonathan Rea trumped that of MotoGP.
Part of the reason for more overtaking in WorldSBK was due to the difference between machines, but also the lack of aero, ride-height devices and winglets which combined to make following another rider in MotoGP much tougher. 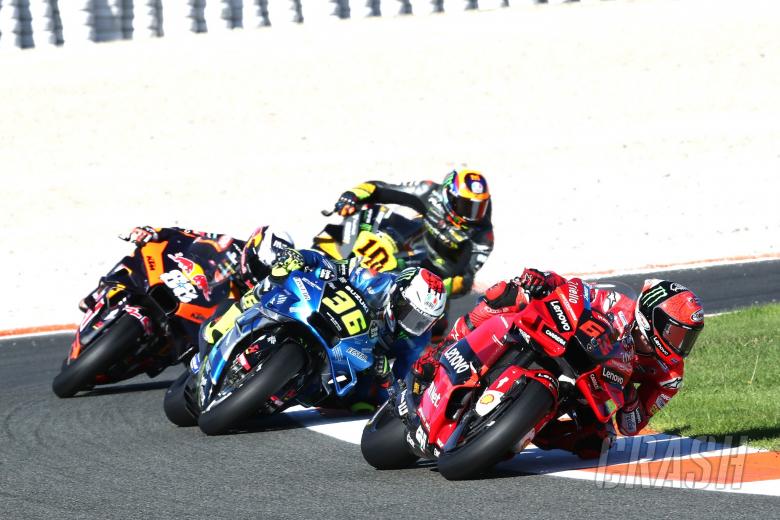 Bautista believes the recent aero advances have made MotoGP go more in the direction of Formula 1, and that the current bikes in Superbike allow the rider to show more of their potential.
"They’re making it similar to Formula 1," added the Spaniard. "There’s less technology in WorldSBK. Also, in MotoGP it seems like all the bikes have the same characteristics for going fast, while the Kawasaki has certain qualities in WorldSBK, the Yamaha [has] others and the Ducati others.
"You can see where one bike is faster and another less. There are many overtakings because, in one lap, one bike goes better in some points of the track and another in others.
"This allows the rider to make a little more or a difference. The Pirellis also allow you to make different trajectories, while it seems the Michelins have to be used in a certain way and when you try to do something more you fall.
"Also, the bikes move more and that’s why there’s entertainment. From the outside, it seems to me that the Superbikes allow the rider to do more than in MotoGP."