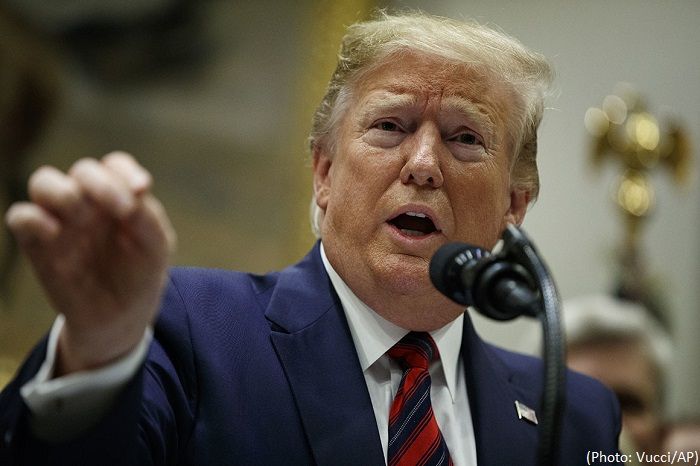 Senior administration officials told that the plan is designed to move the U.S. from a family-based immigration system toward an employment- and skills-based system. It will revamp the points system for U.S. citizenship applications to create a higher-income and more highly educated pool of people receiving citizenship, officials said.

The plan's second major prong involves a physical infrastructure component that includes taking on illegal immigration by financing the construction of Trump's long-promised border wall in "designated and prioritized areas," officials said, through market-rate "fees on existing trade on the border which haven't been changed in some time."
The plan does not address the status of undocumented immigrants who arrived in the country as children and had been shielded from deportation under the Obama-era Deferred Action for Childhood Arrivals program, the White House said. Trump tried to end the DACA program, which has protected about 700,000 so-called dreamers who were hoping for citizenship, but it is in place for now, due to court rulings.