Russian T-14 Armata tank could be transformed into nuclear weapon - US
Read: 717 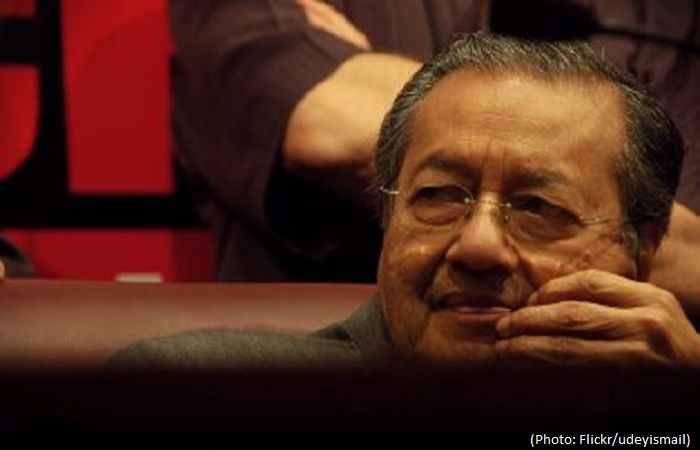 This week, a sex scandal erupted in Malaysia, rocking the Pakatan Harapan (PH) coalition government led by Prime Minister Mahathir Mohamad. Coming on the heels of controversy regarding the appointment of an anti-corruption chief, the two incidents have deepened the troubles of the government one year after ousting the Najib Razak-led Barisan Nasional government in an historic election.

Despite the shock election win last year, skeptics had continued to maintain that New Malaysia still looked remarkably like the Old Malaysia. And with the shine wearing off the PH government after more than a year in power, the vultures have begun circling. The past few weeks in particular have seen a renewed level of scrutiny on the government’s conduct due to two incidents.

The first was the outrage over the appointment of an anti-corruption chief. Latheefa Koya’s appointment as head of the Malaysian Anti-Corruption Commission early this month was made by Mahathir independently in what critics pointed out was a departure from the norm of cabinet consultation on appointments which had been part of the pre-election Pakatan Harapan manifesto.

Notably, Anwar Ibrahim’s People’s Justice Party (PKR), of which Latheefa was until recently a member, is leading the charge in criticizing the prime minister. Anwar has since stepped in, calling for members to accept the decision and let her get to work. His reasoning is largely that continued in-fighting will reflect poorly on the government, rather than addressing the concern that Mahathir stepped outside of election promises.

Anti-corruption civil society group Bersih 2.0 welcomed her appointment, but cut to the bone of why it is so troubling to many who delivered the historic election victory. “While current laws allow the PM to advise the King to appoint whomever he wants, such almost absolute power in the hands of the PM does not bode well for our parliamentary democracy system of government,” the group said in a statement.

Latheefa’s first big test has come quickly. Following the outrage over an appointment, a fresh ‘sex scandal’ erupted. A compromising video of two men has gone viral on WhatsApp, forcing Economic Affairs Minister Azmin Ali to deny allegations he was involved. Lawmaker Muhammad Haziq Abdul Aziz claims he is one of the men and has identified Azmin as the other. The parallels with Anwar Ibrahim’s sodomy case have been quick to come since the incident, but the accompanying financial statements may well prove to be the bigger problem.

The sex tape scandal enveloping Malaysia has been shared alongside financial documents which purportedly show a PKR cabinet minister engaging in corruption. Latheefa has said she will not oversee the investigation into allegations herself and confirmed all reports will be dealt with. In a statement issued to media on Wednesday, Azmin vigorously denied the claims and called it a “nefarious plot to assassinate my reputation and character in an attempt to destroy my political career.” Anwar confirmed Azmin did not attend this week’s regular party meeting, but says he has spoken at length with the MP.

As of now, much is still conjecture. But claims have been made across the board, with Mahathir dismissing the scandal as the work of those seeking to undermine the government and Anwar fiercely denying that this was not an incident that spoke to divisions within the opposition.

While these two incidents have attracted significant headlines on their own terms, they speak to more structural dynamics that are ongoing in Malaysia. For one, there is still uncertainty over the Mahathir-Anwar transition. According to pre-GE14 timelines, Mahathir should be half way through the two-year power transition towards an Anwar leadership. Their dynamic has been the cause of much conjecture over the 12 months.

Meanwhile, while the government is embroiled, Najib is getting the last laugh. His trial tied to the 1MDB scandal that continues to haunt Malaysia has been bogged down in the minutiae of the mammoth case, giving Najib plenty of time to revel in the unfolding drama. He has remained somewhat popular since his ousting, and previously claimed he’s rarely greeted in public by name anymore, instead responding to Bossku or Boss Kita (my boss or our boss). His 2018 re-election as Pekan’s representative saw him pick up a much wider margin on challengers, ensuring that his shadow will loom large despite any charges against him.

To be sure, it is not all gloom and doom. To take just one example, a puttering economy has been buoyed somewhat with April’s performance better than expected by most analysts. Finance Minister Lim Guan Eng pointed to higher domestic demand in April, shielding it somewhat from the usual pre-Eid bump expected for May, as evidence that improvement is coming.

But the extent of voter dissatisfaction is still alarming for the government considering where it was just a year ago. April polling from Merdeka Center showed a stunning decline in satisfaction with the prime minister down to just 46 percent from an August 2018 high of 71 percent. A year on from the monumental victory, just 39 percent of respondents said they approve of the government, and there are concerns on a number of issues including cost of living. While the PH government still has some wiggle room to get its act together, time is quickly running out.