Russian diplomat warns with return of Cold War by race for military dominance in Europe
Read: 683

III ANIMAFILM ANNOUNCES THE PARTICIPANTS OF THE COMPETITION PROGRAM
Read: 661 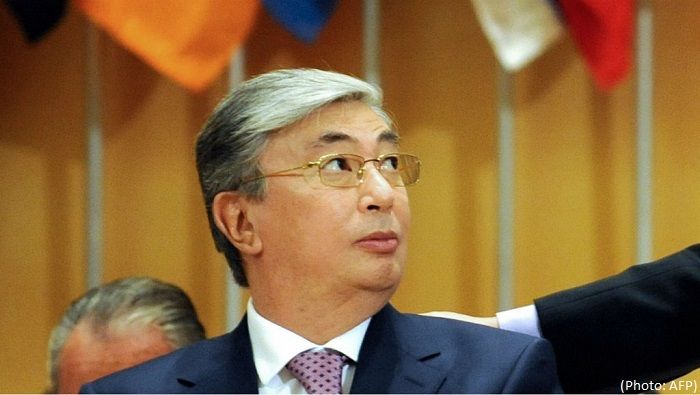 The newly-elected President of Kazakhstan has revealed he has consulted the European Union on how to achieve political transformation in his country.

In an exclusive interview with Euronews, Kassym-Jomart Tokayev promised an early release for pro-democracy campaigners who’d not caused “serious damage” to public safety.

And he insisted his long term goal was that young protesters should find their place in Kazakh society.

“The EU is Kazakhstan’s largest trading partner. The volume of trade is more than 33 billion euros,” he said. “That’s more than half of Kazakhstan’s trade turnover. So the importance of cooperation with the EU is absolutely obvious. The President of the European Council Donald Tusk was here recently. We had quite good negotiations: we clarified principles in the main areas, so I am very optimistic about cooperation with the EU. First of all, trade and economic cooperation, investment, dialogue on strategic partnership in the international arena and drawing on the experience of developed European countries in terms of the political transformation of society.”

Concerning a highly critical report of the recent presidential elections from the OSCE, Tokayev said:

“All the conditions were created for the holding of open elections. I admit that there were violations at some polling stations.Of course there will be a detailed analysis and if all this is confirmed, organizational measures will be taken.

“Our strategy is to build dialogue. My policy priority is to attract young people to power, to help solve issues of national importance. Of course, representatives from protest movements will be invited, so we can solve issues at a round table, not on the streets in an atmosphere of unrest and chaos.”

And he promised to allow authorised demonstrations: “Naturally everything that’s illegal will be stopped. The prosecutor general’s office has repeatedly warned about the illegality of such meetings in the streets - unauthorized rallies, riots - because they interfere with people who don’t want to participate. Therefore a law will be established whereby people who want to go to a demonstration to express their views will contact the relevant authorities and will be assigned a special place to gather and express their opinion.”

The report from the OSCE into Tokayev’s election highlighted the violation of fundamental freedoms and reports of ballot-rigging, saying it had been impossible to establish whether vote counting had been fair.