Peace, prosperity and stability in Azerbaijan is significant for the true realization of international projects and UN 2030 Agenda - Qaiser Nawab
Read: 1139

The next video conference about "Wonder Woman" at "Azerbaijani Ladies Club - PHOTOS
Read: 635 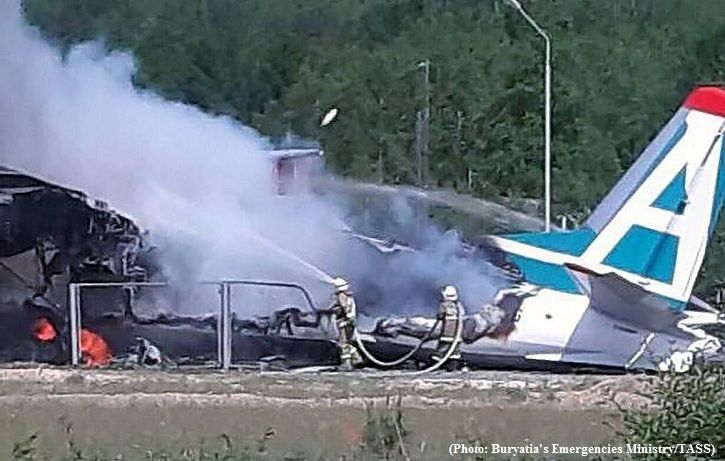 Twenty-two people were injured when an An-24 plane made an emergency landing in Russia's Buryatia region, local medical services told TASS on Thursday.

"Twenty-two people were injured, 15 of them received medical assistance on the site, while seven other people were hospitalized," medical services said.

Two crewmembers died during the emergency landing. There were 46 people on board, including four crewmembers.

One of the plane's engines stopped working in air. The Russian Emergencies Ministry told TASS that the plane steered from the runway when landing in Nizhneangarsk. "When braking, the plane turned around and crashed into a sewage treatment plant. The plane caught fire in the crash," the ministry said.

The fire has been localized. Fourty-four people were rescued.