US seeks to seize gasoline in four Iran tankers bound for Venezuela
Read: 392 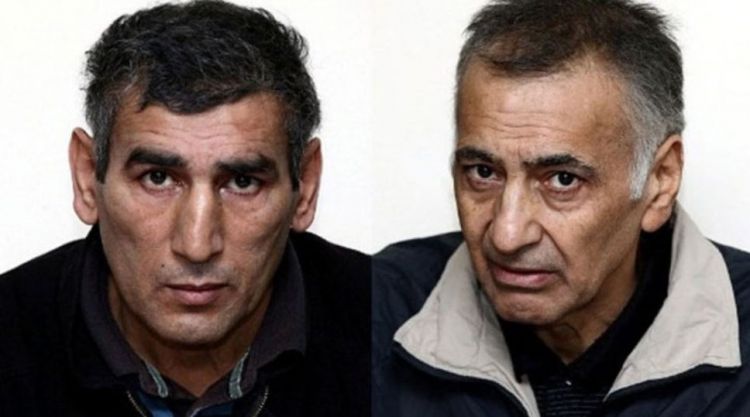 The Ministry of Foreign Affairs of Azerbaijan issued a statement on the fifth anniversary of the hostage taking of Dilgam Asgarov and Shahbaz Guliyev by Armenia.

Dilgam Asgarov and Shahbaz Guliyev were taken hostage by the armed forces of Armenia while visiting the graves of their parents in the occupied Kelbajar region of Azerbaijan and Hasan Hasanov who was with them during the hostage-taking, was killed. Based on false and fabricated accusations made by the illegal regime established in the territories of Azerbaijan occupied by Armenia, a sham trial was held over them, as a result of which D.Asgarov was sentenced to life imprisonment, and S.Guliyev to 22 years imprisonment.

Every single day spent in Armenian captivity is another day the two Azerbaijani civilians are subjected to torture. The images of Mr. Asgarov and Mr. Guliyev before and after their capture, clearly demonstrate that they were subjected to inhuman treatment, physical and moral torture during their hostage.

As a result of the ongoing military aggression of Armenia against Azerbaijan, Nagorno-Karabakh and seven adjacent regions of our country were occupied. More than a million of Azerbaijanis, among them D.Asgarov, S.Guliyev and members of their families, were expelled from their native lands as a result of ethnic cleansing perpetrated by Armenia in the seized lands.

In accordance with the peremptory norms and principles of international law, the acquisition of territories by force or threat of force can in no way be considered legitimate. This principle is reaffirmed in UN Security Council resolutions 822, 853, 874, 884 of 1993 on Armenia-Azerbaijan conflict. The resolutions of the UN Security Council require the immediate, complete and unconditional withdrawal of the occupying forces from all seized territories of Azerbaijan, as well as determine the international humanitarian and legal framework for the settlement of the conflict and reaffirm the right of internally displaced persons to return to their homes.

Since the beginning of the aggressive policy of Armenia against Azerbaijan, in blatant violation of the norms and principles of international law and the UN Charter, 3888 citizens of Azerbaijan were registered as missing as a result of the conflict; including 718 civilians, among them, 265 are women, 71 are children, and 326 are elderly persons.

Contrary to the provisions of the Geneva Conventions of 1949 and the Additional Protocols thereto, which prohibit the hostage taking of civilians and require humane treatment of civilians during military conflicts, the Armenian side continues to flagrantly violate these commitments taken at the international level and does not consider the calls of the Azerbaijani side to respect humanitarian law and on a mutual basis immediately to release detained civilians from both sides based on the principle of “all for all”.

Armenia, in a demonstrative manner exhibiting inhuman behavior by keeping D.Asgarov and S.Guliyev in hostage under grave conditions during last five years and taking other infamous actions seriously undermines the efforts for solution of conflict through negotiations and provokes escalation of situation. If the Armenian side is sincere in “creating the necessary atmosphere for solving the conflict exclusively by peaceful means” as it has been numerously stated by the political leadership of the country, then they must take steps to release the illegally detained Azerbaijani civilians.

The European Court of Human Rights, having established the responsibility of Armenia as the occupying party in the case of “Chiragov and Others v. Armenia”, reaffirmed the right of displaced persons to return to their homes or places of habitual residence and recalled the relevant standards and principles of international humanitarian and human rights law relating to the legal and technical issues surrounding housing and property restitution. In this context, in the Court’s view, as reflected in paragraph 195 of the judgment, continued presence of Armenian a troops and ceasefire breaches is the major obstacle for the Azerbaijanis to return to their homes in the current circumstances.

We urge the entire international community, especially the OSCE Minsk Group co-chair countries, relevant international organizations and non-governmental organizations, guided by the noble principles of humanism, to effectively influence and exert pressure on Armenia for the immediate release of our compatriots held hostage and their reunification with members of their families.

Azerbaijan always keeps the issue of release of Dilgam Asgarov and Shahbaz Guliyev in the center of attention and will continue to take all necessary measures for the release of our civilians".