daily news
Agreement on Azerbaijan-Turkey visa-free regime to enter into force soon
Azerbaijani Presidnet says half of population are covered by a broad social package
Azerbaijani women thank our doctors - VIDEO
India now has more than 2 million confirmed coronavirus cases
Births in Armenia drop in first 6 months of this year compared to last
Germany to aid 2 million euro to Uzbekistan for fight against pandemic
Turkey, Libya, Malta agree on joint cooperatian
US reimposes tariffs on aluminum imports from Canada
﻿ 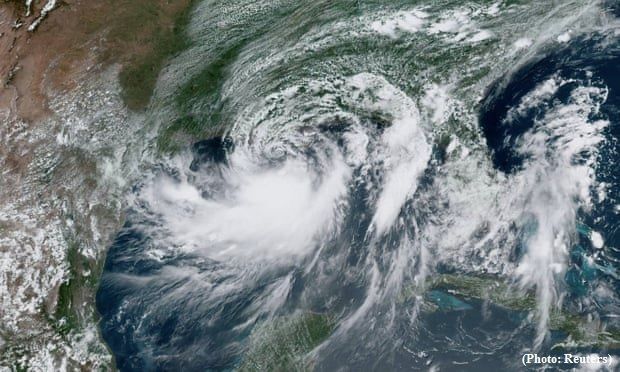 Donald Trump has declared a state of emergency for Louisiana, with Tropical Storm Barry poised to make landfall as the first Atlantic hurricane of 2019, The Guardian reports.

Nearly 50,000 people are without power as the storm nears landfall on the state’s south-central coast. According to Entergy Louisiana’s outages map, more than 29,000 customers had been affected by power outages as of 2.11am local time on Saturday.

City officials warned New Orleans residents to secure their homes, stock up on supplies and prepare to stay indoors.

Barry’s maximum sustained winds were clocked at 65mph (104km/h) as it churned through the northern Gulf of Mexico toward Louisiana. Meteorologists warned torrential rains – as much as 0.6 metres (2ft) in some places – were likely to cause severe flooding.

While New Orleans authorities refrained from ordering evacuations and advised residents to take shelter instead, tourism officials reported an exodus of hotel guests checking out early on Friday. Some airlines, including British Airways, cancelled outbound flights from the city on Saturday.