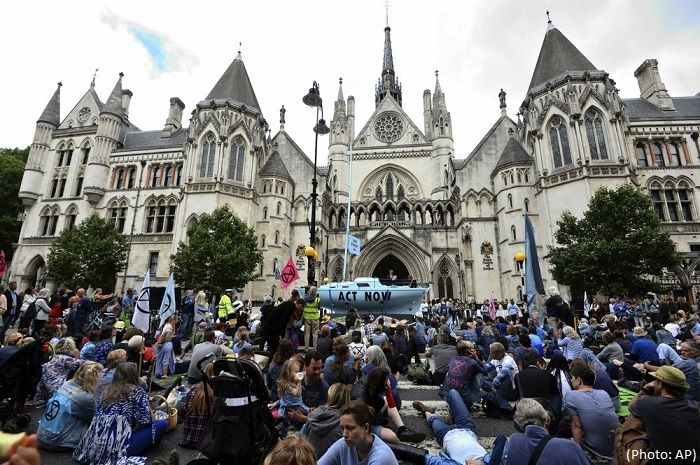 Environmental protesters have blocked roads in London and four other British cities in a new wave of demonstrations demanding faster action against climate change, writes AP.

Hundreds of supporters of the group Extinction Rebellion, along with a blue boat bearing the words “Act Now,” blocked the street outside London’s Royal Courts of Justice on Monday. They called for charges to be dropped against more than 1,000 people arrested during climate protests earlier this year.

In April, members of the group blocked several London roads and bridges during 10 days of action designed to alert the public and politicians to the “climate emergency.”

Britain aims to achieve net zero carbon emissions by 2050, but Extinction Rebellion wants it done by 2025.