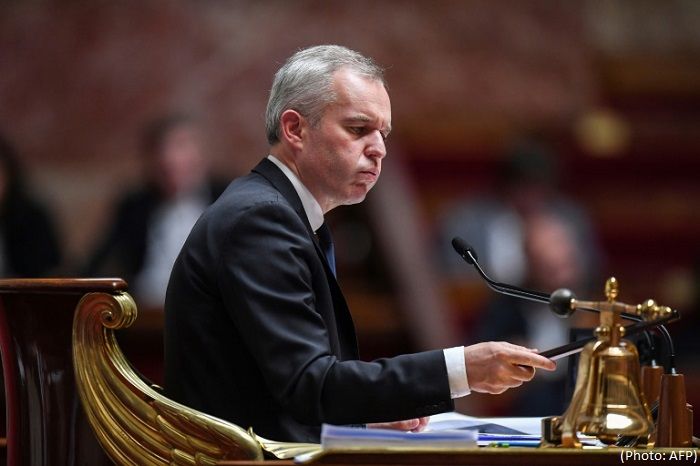 A senior French cabinet minister and close ally of President Emmanuel Macron resigned on Tuesday after reports accused him of extravagant state-funded lobster dinners and misusing public housing in a blow to the centrist government, writes AFP.

Francois de Rugy, who was named environment minister in September 2018, announced his departure after a week of revelations from the leftwing website Mediapart.

"The attacks and media lynching targeting my family force me to take the necessary step back," said de Rugy, who also held the post of minister of state which made him number two in the government after Prime Minister Edouard Philippe.

Transport Minister Elisabeth Borne was appointed as France's new environment minister late Tuesday, the Elysee Palace said, however she will not hold the post of minister of state.

De Rugy came under public pressure after Mediapart published pictures of him and his journalist wife enjoying lavish champagne-and-lobster dinners and a Valentine's Day meal while he was speaker of parliament in 2017 and in 2018.

The website alleged the events -- at the expense of taxpayers -- were largely social, while de Rugy contends they were part of his work representing the National Assembly.

Mediapart also revealed that de Rugy had benefited from an apartment near his hometown of Nantes in western France that was rented at a preferential rate intended for low-income workers.

Other reports have referred to a 500-euro hair dryer bought by de Rugy's wife at public expense, and a renovation of their government apartment at a cost of 63,000 euros ($70,000).

But the image of a row of plump lobsters on a platter at a function hosted by de Rugy caused the most political damage -- and many social media memes -- in a country still reeling from months of "yellow vest" protests.

De Rugy has denied any wrongdoing and even claimed in an interview last week that he was allergic to lobsters and didn't like champagne because it gave him a headache.