Jamaat-ud-Dawa, Lashkar-e-Taiba's humanitarian wing, says will challenge the arrest of its head and apply for bail 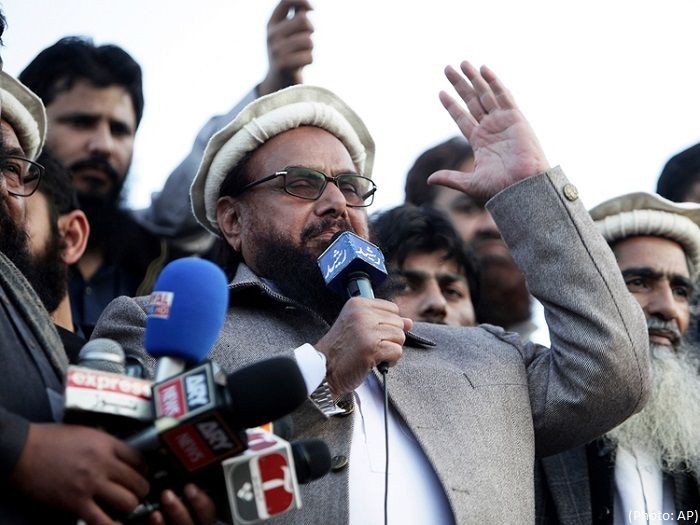 According to Al Jazeera, Pakistani police have arrested Hafiz Muhammad Saeed, the founder of the Lashkar-e-Taiba (LeT) armed group and head of its Jamaat-ud-Dawa (JuD) humanitarian wing, intercepting him on his way to court in the central city of Gujranwala,

"The cases against him are all related to fundraising," Awan said. "He is charged with terrorism financing."

The JuD said it will challenge the arrest in court and apply for bail for Saeed.

"We are going to the High Court, and we will continue to use legal means to fight the injustice against us, and we believe the courts will support us," Awan said.

Saeed, who founded LeT but says he has played no role in the group since 2001, is accused by neighbouring India of masterminding the 2008 Mumbai attacks that killed more than 160 people.

LeT is known for attacking Indian security forces and government targets, mainly in the disputed region of Kashmir but also in other parts of the country.

Pakistan has been facing increasing pressure to crack down on armed groups operating on its soil since 2017, when it was placed on a watchlist by the Financial Action Task Force (FATF), a 39-member inter-governmental body that monitors curbs on terrorism financing and money laundering.

FATF will make a final adjudication on whether to blacklist Pakistan, a move that could isolate the country from the international economy, in October.

Saeed has been arrested by authorities in Pakistan several times, but has routinely been freed by courts on appeal after authorities were unable to present compelling evidence to continue to hold him.

On Monday, he was granted pre-arrest bail by an anti-terrorism court in Lahore, where he had also been facing terrorism financing charges. On the same day, the Lahore High Court also directed authorities to provide evidence of Saeed's involvement in the crime.

Police on Wednesday intercepted Saeed on his way to a similar hearing in Gujranwala, JuD spokesperson Awan said.

The police's counterterrorism department did not immediately respond to a request for comment on the case.