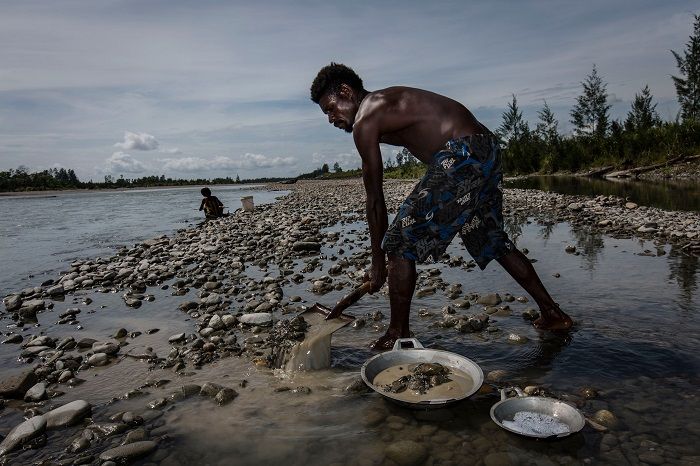 Thousands of people in Indonesia's easternmost province of Papua have been displaced by fighting between soldiers and separatists, and at least 139 of them have died from malnutrition and disease, said Reuters Thompson referring to an aid group

But the Indonesian military disputed the figures for deaths and displaced issued by the Solidarity Team for Nduga aid group.

A long-running separatist movement in Papua has seen an increase in violence in recent months.

The military launched a crackdown following the killing by the rebels of 16 construction workers building a highway in the mountainous Nduga area in December.

Hipolitus Wangge, a volunteer with the aid group, said 139 people had died in a camp for displaced in the town of Wamena, 40 of them aged under 5 and 24 older children.

He said 5,200 people, including 700 children, were sheltering in Wamena without enough food, clean water and clothing, while access to health and education was limited.

Many of the displaced were suffering from respiratory infections, diarrhoea and dysentery, he said.

"This morning, a two-year-old child died," Wangge told reporters at a news briefing in Jakarta.

Muhammad Aidi, a spokesman for Indonesia's military command in Papua said the group's account of the situation was a "hoax".

"There is no data on deaths," he said, asking for proof of where the bodies were buried, while saying there was no data even on the size of the population in the area.

Aidi said some villagers had returned to their homes with the help of the military and the government and those who had not were afraid of the separatists.

Papua parliament member Emus Gwijangge has urged the military to allow journalists to go to Nduga, saying it had been difficult for the public to get an independent account, the Papuan media outlet Jubi.com reported.

President Joko Widodo has sought to ease tension in the restive region, which became part of Indonesia after a controversial U.N.-backed referendum in 1969, by freeing prisoners, addressing rights concerns and stepping up investment.