Iran captured another British tanker in Strait of Hormuz

Britain, however, claimed that Iran had captured not one but two ships in the Persian Gulf. 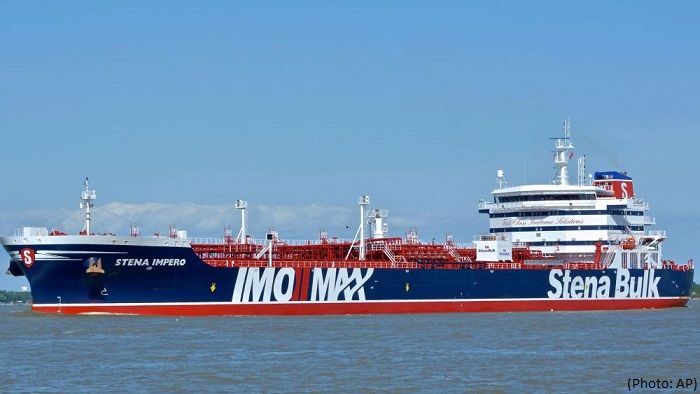 Iran’s Islamic Revolutionary Guard Corps said on Friday that they have seized a British tanker in the Strait of Hormuz for allegedly breaking international maritime rules, Scroll. in reportd.

Stena Bulk and Northern Marine Management, which owns the Stena Impero said the vessel had come under attack by small boats and a helicopter in the Strait of Hormuz. The company added that it was now unable to contact the tanker.

United States National Security Council spokesperson Garrett Marquis condemned the seizure. “The US will continue to work with our allies and partners to defend our security and interests against Iran’s malign behaviour,” Marquis said.

Britain, however, claimed that Iran had captured not one but two ships in the Persian Gulf. “I’m extremely concerned by the seizure of two naval vessels by Iranian authorities in the Strait of Hormuz,” Foreign Secretary Jeremy Hunt said. “These seizures are unacceptable.”

Norbulk Shipping UK, the British owner of the second tanker, said it had been temporarily boarded by armed personnel but was now free to leave. “Communication has been re-established with the vessel and [the captain] confirmed that the armed guards have left and the vessel is free to continue the voyage,” the company said in a statement.

According to the website Marine Traffic, the ship was on its way from China to Saudi Arabia.

United States President Donald Trump on Thursday said a US Navy ship destroyed an Iranian drone in the Strait of Hormuz after the drone came within about 900 metres of the vessel. Iran, however, said it had “no information” about the loss of a drone.

The incident came hours after Iran’s Revolutionary Guards seized a foreign tanker and its crew for allegedly smuggling fuel. It also came amid escalating tensions in the oil-rich Gulf region.