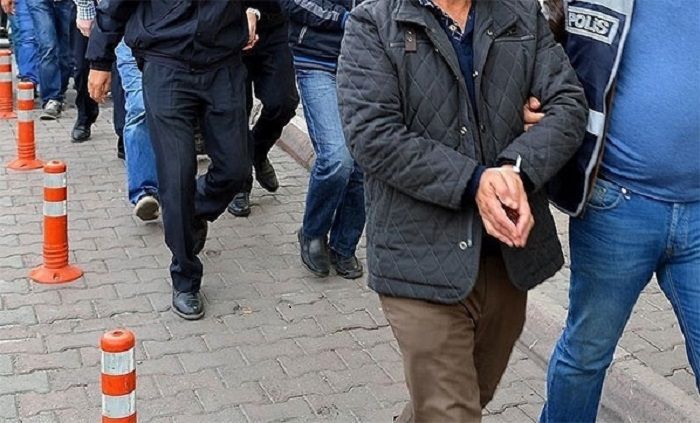 At least 20 military personnel were arrested on Friday for their suspected links to the Fetullah Terrorist Organization (FETO), the group behind the 2016 deadly defeated coup attempt in Turkey, writes Anadolu Agency referring to a security source.

Prosecutors in the Aegean Izmir province had issued arrest warrants for 52 serving commissioned officers of the Turkish Air Forces, who were allegedly serving as FETO’s “covert imams” -- senior FETO figures -- said the source, who asked not to be named due to restrictions on speaking to the media.

The suspects are accused of using ByLock, an encrypted smartphone app linked to the group.

Izmir police also found that one suspect was in contact with senior FETO members -- Adil Oksuz, a theology professor, alleged to be the “imam” of FETO members in the air force and a key link between U.S.-based FETO leader Fetullah Gulen and coup plotters in Turkey, and Kemal Batmaz, the accused second-in-command of the FETO terror group.

Police have so far rounded up 20 suspects in simultaneous operations launched in 12 provinces across Turkey.

A hunt for the 32 remaining suspects is underway.

In simultaneous operations in 17 provinces, the security forces’ organized crime branch has so far arrested 28 suspects.

Operations continue to capture other suspects, said the sources.