The Queen is being dragged into Britain's Brexit crisis | Eurasia Diary - ednews.net

The Queen is being dragged into Britain's Brexit crisis 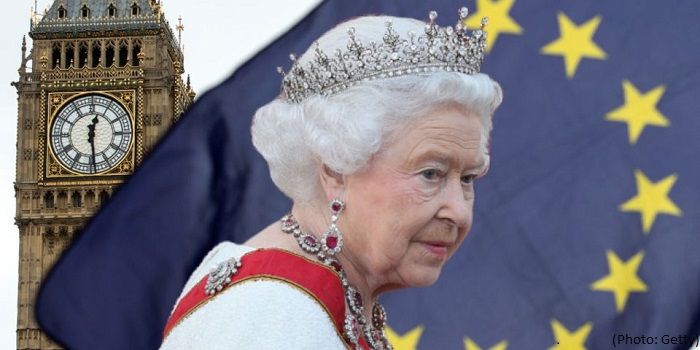 It was reported this week that senior Conservatives who oppose a no-deal Brexit are so concerned the next prime minister could try to shut down parliament that they are discussing a scheme to ask the Queen to intervene, says Busines Insider report.

The group of rebel Conservatives are discussing whether to hold a vote on a mechanism called a humble address, it was claimed.

If passed, it would potentially force the prime minister to ask the Queen to exercise her right as monarch to travel to the next EU summit and request an Article 50 extension.

It is the latest attempt by British politicians to involve the monarch in Britain's growing Brexit crisis.

Earlier this year, Conservative Brexiteer leader Jacob Rees-Mogg suggested that the Queen could be forced to suspend parliament in order to allow Britain to leave the EU.

"I hope it will not be necessary for Her Majesty's stay at Sandringham to be interrupted by her in person having to prorogue Parliament," Mogg told supporters in January.

He added: "If the House of Commons undermines our basic constitutional conventions then the executive is entitled to use other… constitutional means to stop it - by which I basically mean prorogation."

So could the Queen be brought in to solve Brexit?

Dr Ruth Fox, director and head of research at the Hansard Society, which produces independent research on parliamentary affairs, described the plan to enlist the Queen as "ridiculous".

"The duty of the government and MPs is to insulate the Queen from politics.

"The idea that she should be brought into the heart of the political maelstrom around Brexit because the MPs themselves cannot resolve this situation politically within the House would be ridiculous."

One Conservative MP who has been closely involved in efforts to block a no-deal Brexit distanced himself and his colleagues from suggestions they were planning to involve the Queen.