Besides fate of its investments, India’s worry is that China will emerge as dominant player once US vacates Afghanistan 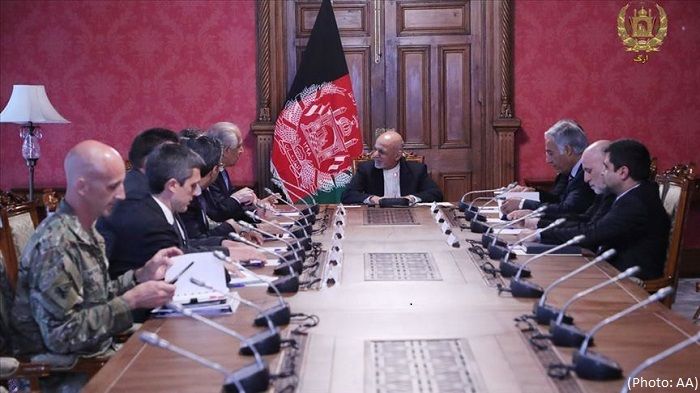 As major powers move toward finalizing a deal in Afghanistan, anxiety looms large in India over the fate of its $3 billion worth of investments and clout in the war-torn country, writes Anadolu Agency.

But anticipating a setback in case of a hostile government taking over Kabul, it slashed allocations for the construction of Iran’s Chabahar port to a mere 450 million rupees ($6.5 million) from 1.5 billion rupees ($21.8 million) for the year 2019-20.

Last November, the U.S. had exempted the port from its sanctions regime against Iran. India had committed a capital investment of $85.21 million for the development of two berths of the port and container terminals and the incurring of an annual revenue expenditure of $22.95 million over the next few years.

Keeping in view its unending hostilities with neighboring Pakistan, Chabahar port was hyped as a significant strategic point for India, not only to connect to Afghanistan, but also to control access to Central Asia and parts of Russia.

Left out of peace talks

Experts believe that the anxiety in India stems from the fact that even after providing $650 million to $750 million as humanitarian and economic aid, making it the largest regional provider of assistance for Afghanistan, it has been left out of the peace talks. Adding to concerns is that Pakistan has joined the U.S., Russia and China to strike a deal with the Taliban.

Former Indian envoy to Afghanistan Rakesh Sood admitted that neither India nor its ally the Afghan government has found a place at the negotiating table. He, however, warned that the conflict in Afghanistan will not end, because peace was never the real objective of the talks. Instead, they were aimed at providing an excuse for American forces to leave the country.

Sood said Pakistan’s patient investment in the Taliban has paid off.

“After the U.S. exits, it will declare an end to its longest war. But it will not end the conflict in Afghanistan because peace in Afghanistan was never the real objective of the current flurry of talks. That is why the Afghans and India feel aggrieved,” he said.

Former Afghan Ambassador Shaida Abdali also believes that a way out has to be found to protect India’s 18-year-long efforts to strengthen civilian structures in his country.

“India's indifference to the evolving situation in Afghanistan will likely cost it in the long run,” he added.

A more worrying aspect for India is U.S. Ambassador to Afghanistan John Bass declaring that Afghanistan's presidential elections, scheduled for Sept. 28, could be postponed until the peace process with the Taliban is completed. India has opposed this idea tooth and nail.

A senior Indian official requesting anonymity said National Security Advisor Ajit Doval, during his recent talks with U.S. Secretary of State Mike Pompeo, conveyed in unequivocal terms that it was essential to include representatives of legitimate government in talks.

Pompeo was also told about the importance of holding elections in Afghanistan. India has also conveyed its opposition to the proposal to install an interim government in case of the postponement of the election, to both the U.S. special envoy Zalmay Khalilzad and to Russian officials, the official said.

The spokesperson for India’s Foreign Office, Raveesh Kumar, said his country has always supported a national peace and reconciliation process in Afghanistan. However, he emphasized that such a process must be Afghan-led, Afghan-owned and Afghan-controlled.

“Any process should respect the constitutional legacy and political mandate and should not lead to any ungoverned spaces, where terrorists and their proxies can relocate,” he said, expressing confidence that India’s point of view shall be part of any peace and reconciliation process.

India’s former Foreign Secretary Kanwal Sibal said the prospects of democratic gains in Afghanistan were being seriously hampered. He believes that China, Pakistan and Russia have no stake in the process. Further, he cautioned against Afghan territory being used for anti-India activities after the U.S. troop withdrawal.

“The threat of Afghan territory being used by Pakistan and the Taliban to train terrorists and promote jihad against India is real. Central Asia can be destabilized by the Taliban activity in Afghanistan, which will expose us to the threat of religious extremism and terrorism from the region,” he said.

India’s other worry is that once the U.S. vacates its occupation, China will become the dominant player in the Hindu Kush, with the prospects of Afghanistan transforming into a hub of the Belt and Road Initiative.

Former diplomat M.K. Bhadrakumar, who has also served in Afghanistan and Iran as India’s envoy, admitted that Indian policymakers failed to read the tea leaves correctly when it became apparent that the so-called Afghan surge under U.S. General David Petraeus had ended inconclusively by September 2012.

“In the zero-sum mindset, Delhi overlooked that Pakistan has legitimate interests in Afghanistan -- no less than what India would have in, say, Nepal -- and that by virtue of culture, tribal and ethnic affinity or sheer geography and economic and social compulsions, Afghans can never do without Pakistan,” he said.

Further, while Delhi lavishly invested in Afghanistan, it had missed other ground realities, that massive corruption was undermining the government in Kabul and also did not realize that the U.S. and its allies were engaged in an unwinnable war. “They [Indian policy makers] did not realize that reconciliation with the Taliban was the only way out,” said the former ambassador.

Former Pakistan Foreign Secretary Salman Bashir also advised Indian strategic community not to view Afghan peace initiative through an “outdated prism” of opposing the sharing of power with the Taliban. He was sure that the U.S. was keeping India in the loop. “A constructive position by India will be helpful. Undue anxiety on being bypassed [in the peace process] is unwarranted,” said Bashir, who has also served as Pakistan’s envoy in New Delhi.

The four-party meeting on the Afghan Peace Process, held in Beijing on July 12, comprising China, the U.S., Russia, Pakistan and the Taliban hammered out an eight-point agreement. The participants underscored their consensus on peacemaking and signaled their intention to speed up the peace process to a final settlement.

All eyes on Trump-Khan meeting

U.S. Special Representative Zalmay Khalilzad, who appeared upbeat at the outcome, tweeted that the negotiations should produce a peace framework as soon as possible. His statement mentioning setting up a future inclusive political arrangement acceptable to all Afghans is being interpreted in India as the U.S. giving the go-ahead to an interim arrangement in Kabul, deriding the incumbent elected government.

“We also agreed that violence needs to slow now and a comprehensive and permanent ceasefire should start with intra-Afghan negotiations. We agreed we will expand and ask more international partners to join with the start of negotiations. Very positive,” Khalilzad added.

The move has also highlighted that Washington and its Western allies have fallen back on Pakistan to ensure that Afghanistan will not become a “lab of terrorists”. Therefore, all eyes are on Pakistani Prime Minister Imran Khan’s meeting with U.S. President Donald Trump on July 22.

The configuration of the delegation that includes Pakistan Army Chief General Qamar Javed Bajwa and ISI Chief Lt. General Faiz Hameed makes it quite clear that a revival of Pakistan's moribund strategic ties with the U.S. was on cards.